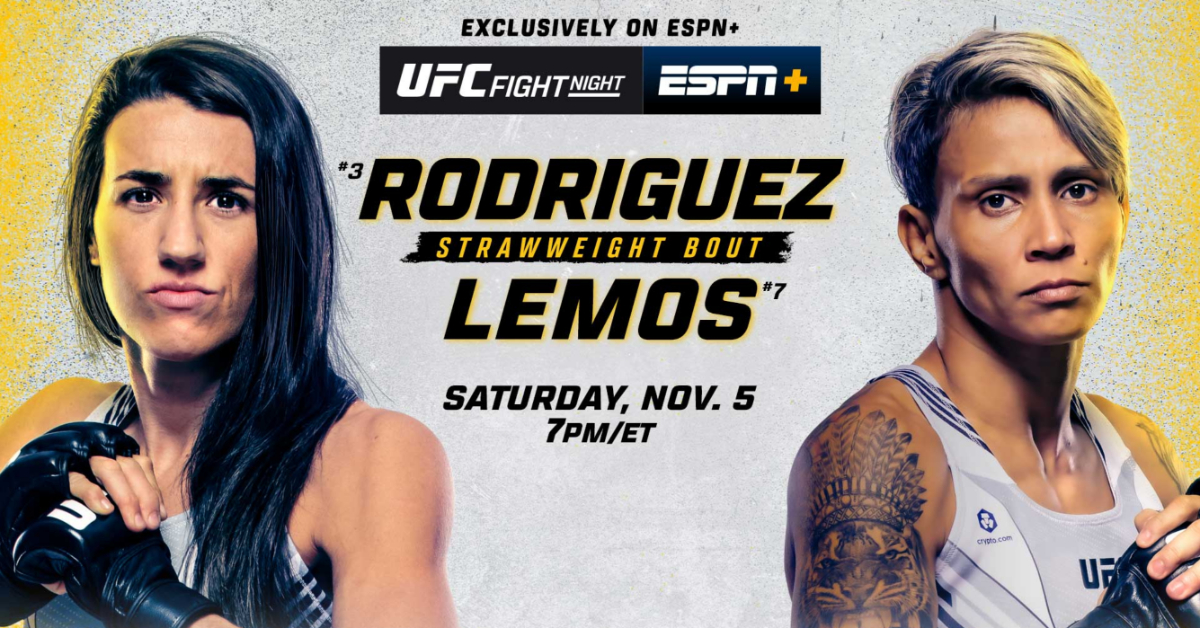 This weekend, the UFC will once again hold a Fight Night event in the Apex Arena, this time headlined by Marina Rodriguez vs. Amanda Lemos.

Join us at LowKickMMA as we break down our top 3 bets for the event.

In the main event of this weekend’s UFC card, Marina Rodriguez will take on Amanda Lemos. The winner will cement themself as a top contender in the strawweight division, possibly in line for a title fight next.

We are going to back Marina Rodriguez to win this fight, by decision. Whilst her opponent, Lemos, may possess more power, Rodriguez has a number of attributes that should see her favored to pick up a win.

As a result, our bet is Rodriguez to win by decision, priced at 2.62 on Betway.

Next up, we take Mark O. Madsen to defeat Grant Dawson.

The reasoning behind this pick is simple. Dawson took this fight on short notice, missed weight, and has a history of gassing out in the later rounds. In comparison, Madsen is a former Olympic wrestler, whose striking game has been ever-evolving.

Dawson may well start strong, but the relentless pressure Madsen will put on him will quickly wear on Dawson’s gas tank. Look for a dominant decision or late finish from ‘The Olympian.’

Our last bet is a parlay consisting ML bets on both Jake Hadley and Miranda Maverick. If you are looking for a third leg to add to the parlay, Mario Bautista is also a good play.

Jake Hadley may have lost his UFC debut, but do not let them impact your perception of the young British prospect. Hadley is a lethal submission grappler, having picked up wins in numerous well-respected promotions such as Cage Warriors and Bellator. He takes on Carlos Candelario, who is riding a two-fight losing streak.

Miranda Maverick has already defeated Shanna Young during her days with Invicta, finishing the fight in the first round via submission. There is very little to suggest the fight will go any different this time.

Hadley and Maverick parlayed together comes to 1.57 on Betway. If Bautista is added, the line moves to 2.04.

Who are you backing at UFC Fight Night: Rodriguez vs. Lemos?