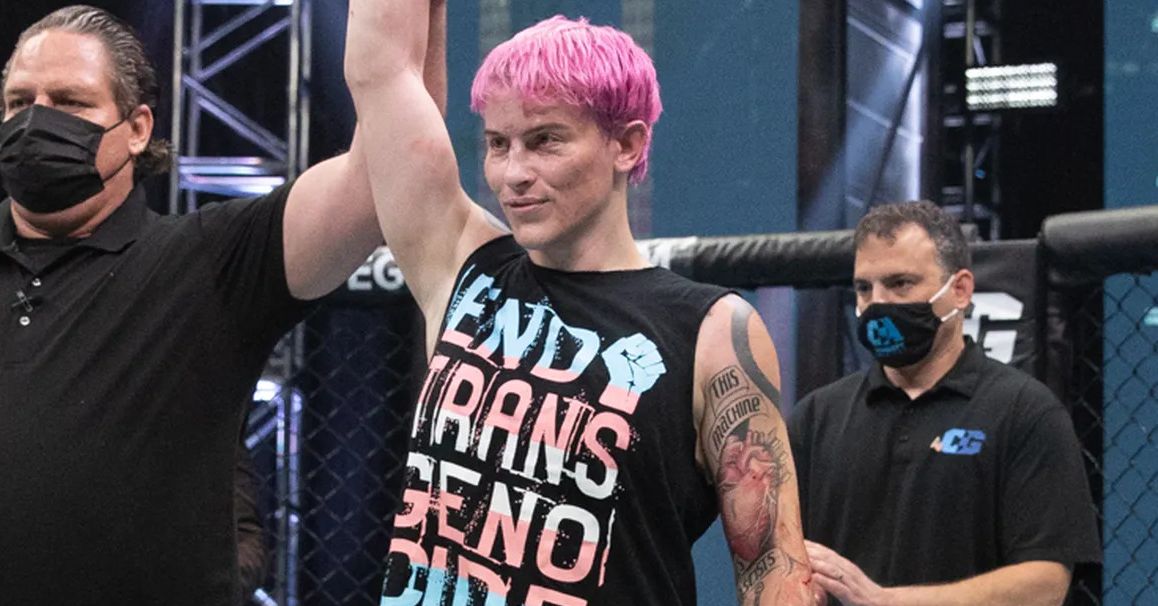 On Sep.10, 2021, Alana McLaughlin made her professional debut at a Combate Global event in Miami, becoming only the second transgender woman to compete in mixed martial arts.

McLaughlin submitted Celine Provost by rear-naked choke in the second round that night. It was the first time a trans woman had competed in MMA since Fallon Fox, who also happened to be McLaughlin’s mentor, retired in 2014.

Now, McLaughlin’s debut will be the subject of a new documentary to be released in 2023. The documentary will be produced by Combate Global Productions and will be headed by Emmy-winning director Marc Perez.

While the documentary will focus on McLaughlin’s historic debut, the fighter revealed that the project will be about her entire community.

“I signed into to this for the same reasons that got me to fight,” McLaughlin told Trans Sporter Room. “Sure, there’s part of me that wants to be remembered, but it’s really more about making more visibility to the trans community and making space for us.”

In the year since McLaughlin’s debut, the trans community in the United States has seen an sharp increase in discriminatory legislation. This includes trans-exclusionary legislation such as the anti-trans student athletics bills introduced in 2021 across 36 states.

Leadings sports organizations have also continued to change the rules regarding transgender participation in sports. The International Swimming Federation (FINA) will now only allow transgender women who began transitioning before the age of 12 to compete in swimming, diving and water polo. World Athletics, which oversees track and field, race walking and other athletics events, is likely to follow suit.

In a column for The Guardian in 2021, McLaughlin took aim at Gov. Ron DeSantis and Gregg Abbott for their anti-trans policies.

“The intentions of right-wing politicians like Abbott and DeSantis are clear,” she said. “They are using transgender children as scapegoat and compromising their health and safety to score political points with their party and their constituents.

While McLaughlin remains outspoken about trans rights and issues on social media, the fighter is also planning to return to competition in 2023.