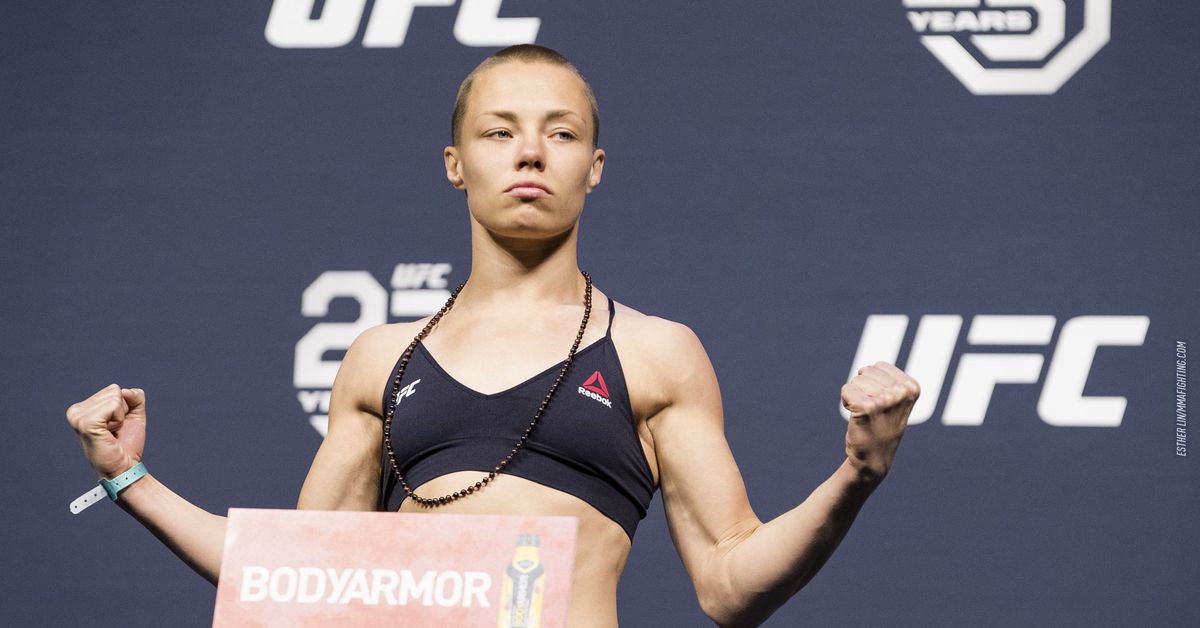 Rose Namajunas considers herself a fairly private person and a bit of an introvert. But she was forced to break down a lot of personal walls when asked to film a documentary on her life and career.

The call came five years ago from director Marius Markevicius, who wanted to learn more about her after watching her claim the UFC strawweight title; they also share Lithuanian heritage. While Namajunas was somewhat accustomed to having cameras in her face as a high-profile fighter, a documentary would require a completely different level of access to her life.

“I’m just very grateful that Marius was so patient with me and persistent and persevered through the whole thing,” Namajunas told MMA Fighting about the experience. “Because I am used to UFC cameras, and they’re used to other fighters, and fight camps are very intense. I think that they have to cover so many fighters, and it’s a very routine thing. They can’t always necessarily delve deep into topics.

“The way his mind works, it’s like a work of art with the way he could just focus on my individual story, and I do feel like all these other fighters have great stories. But the artistry, it was just a whole different thing.”

Markevicius had received critical acclaim for his 2012 documentary about the Lithuanian Olympic basketball team, The Other Dream Team. He knew right away that he didn’t want to do a paint-by-numbers story only focused on Namajunas and her fight career.

Namajunas has lived in the public spotlight for most of her adult life, and there are already dozens of interviews detailing her rise and eventual claim as a two-time UFC champion. In order for the documentary to separate itself, Markevicius knew he had to find out more, questioning her relationships and her upbringing. He had to give an honest look at her highest highs and her lowest lows.

“I think we got to go to a deeper place than a lot of films or TV shows about MMA fighters have gone before,” Markevicius said. “It was quite a great experience.

“There is a lot of material on Rose, and you’ve been covering her for years, and she’s done a ton of interviews and The Ultimate Fighter and fight-week type events. But to go deeper and to get the know the personal side of Rose and what makes her tick and explore that and what makes her human and so relatable.”

A big part of the film deals with Namajunas’ family and their journey relocating from Lithuania to the U.S. after her parents got refugee status. It describes the loss of her father, who was diagnosed as a schizophrenic before splitting with her family at an early age.

Namajunas also confronts the awful truth about sexual abuse she suffered as a child — a subject she’s broached in the past but never wanted to discuss any specific details.

According to Namajunas, addressing her past trauma in the documentary wasn’t necessarily about unburdening herself but rather helping others realize they’re not alone.

“I still am [confronting those demons], and I still have a lot of stuff to work out from where I come from,” Namajunas explained. “I know that it can help other people. It’s way more common than people would like to believe.

“If I can help some little kid or whatever that might be dealing with something like that, or even adults that dealt with that in their past, that makes it all the more worth it. You can be forgiven. You can move on from things and you can make a tragedy into something beautiful and do something positive with any of our suffering.”

Namajunas admits filming those parts of the documentary were particularly difficult. But it was also a cathartic and therapeutic experience in some ways.

“It’s encouraging to know you can be honest,” she said. “Obviously, I don’t want to be soft all the time, and there’s a time to be tough, but it’s OK to show emotion and to be yourself.”

Of course, the documentary also deals with many different aspects of Namajunas’ fighting career, including her championship runs and the difficult setbacks along the way. Markevicius said his goal was to tell a complete story from start to finish, and that required Namajunas to give him full access to her life and the people closest to her.

“It is a difficult thing and a sensitive thing,” he said. “I try to just give the subject, in this case Rose, the forum to tell her story. Over the years, there’s been certain interviews, there’s been subjects discussed in pieces but never really letting Rose tell her story in a complete form.

“I wanted to create a comfortable environment for her to do that. It’s difficult, but hopefully there is some therapeutic aspect and like Rose said, there is something that speaks to other people who have suffered through abuse and other difficult subject matters.”

The finished product, Thug Rose, debuted at the Austin Film Festival, and the doc arrives on UFC Fight Pass on Nov. 9.

Namajunas hopes anybody who watches the film will find inspiration in her journey.

“I hope that people will take away the fact that what you say is very important,” she said. “Words are powerful and you can do anything you set your mind to as long as its within God’s will for you and you’re living right, you’re going to ultimately come out on top.

“Even if you have to go through some down parts, there’s always a light at the end of the tunnel. There’s always something that can be made from almost anything.”