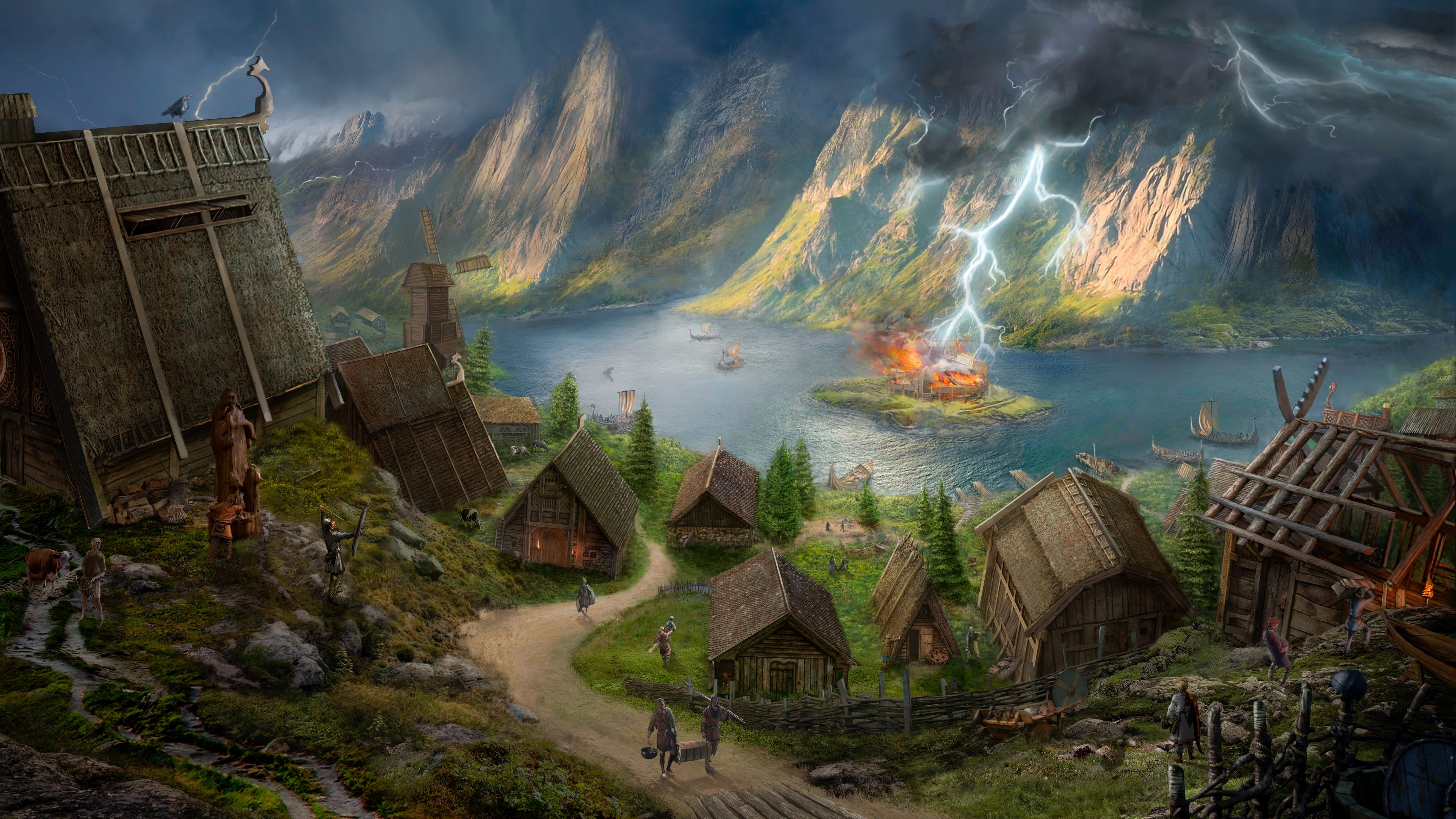 For those who like all things Viking, the city-builder survival sim Land of the Vikings might be right up your alley.

Launched in Early Access today on Steam for $19.99, the developers describe the game as Frostpunk with Vikings, but if you ask me, it also has a bit of a Banished vibe to it. And that’s a good thing because I love that game, and have been hoping for a sequel for ages..

In development at Laps Games and to be published by Iceberg Interactive, in Land of the Vikings, you are the Jarl of a new Viking village who must manage resources and survive harsh conditions, and enemy raids. You must do this while also guiding your fellow Vikings to work together through social conflict.

You will need to expand your village by turning it into a thriving city, and help will come from Norse gods which will aid you with various rewards in return for their worship.

You will need to chop trees, plant and grow crops, hunt wildlife, mine, and fish. Be sure to manage your resources carefully to ensure you survive the winter, and expand your settlement from season to season.

Each of your villagers is a character in their own right with more than 20 characteristics. Pay attention to skills and abilities when assigning your people to a task because not all Vikings are alike, nor are they good at all jobs.

As your settlement grows, more Vikings will ask to join it. You can welcome them or turn them away if you don’t have room to spare. Your settlement will expand with or without them though, as your folks will start families and give birth to new generations.

While this sounds like an idyllic existence, it may not be smooth sailing at all times. Mother Nature can throw earthquakes and lightning your way, and the seasons bring their own et challenges, events and disasters. So expect blizzards, plenty of cold, and storms to contend with.

If you find you are running out of things, you can always trade with neighbors after building a Trade Dock. Once you have, ships will visit you with different cargo and you can also send out your own trade missions with a crew. You can also raid foreign villages for silver and gold, and Fame points.

In order to raid, you will need to train your Vikings to be either normal warriors, archers, berserkers, or shield maiden elites.

One of the cool things about the game is it’s gridless. This means you can build wherever you want, design your village however you like, and increase your Vikings’ happiness. Monuments to Odin or Freya can be constructed, and you can customize the look of your Viking ships. You will even be able to modify the look of houses with the Building Editor.

As you go about the game, you can unlock new buildings and bonuses by spending Fame points at Yggdrasil, the Tree of Life. Discover beer brewing and build a Tavern for your villagers to relax in, invest in goat farming to gather wool, and as you create better quality living standards and resources, your Vikings will become healthier and happier, and your settlement will flourish.

Land of the Vikings launched in Early Access today with a 10% discount during launch week.