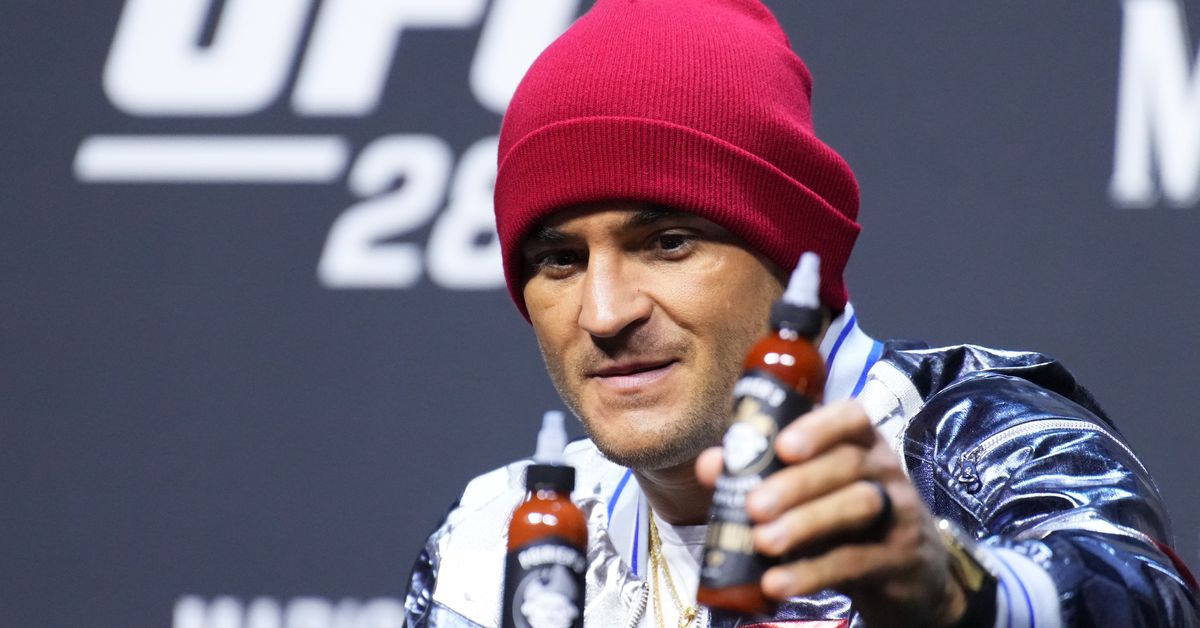 On Saturday, Poirier faces Michael Chandler in the featured lightweight battle at UFC 281. The bout carries with it potential lightweight title implications, but even if Poirier doesn’t end up fighting to the lightweight title next, he already has a title of his own now: owner of the Official Hot Sauce of UFC.

“It means a lot to have Poirier’s Louisiana Style named the first-ever Official Hot Sauce of UFC,” Poirier said in the press release. “Putting in the work – whether it’s training for the next fight, creating a hot sauce company, or helping through our Good Fight Foundation – it’s all about building a legacy for my family and my community. These hot sauces come from the cuisine I grew up with in Lafayette, Louisiana. These are my roots, and I’m excited for UFC fans to share the Cajun flavors I love.”

Born in Lafayette, Louisiana, Poirier is proud of his heritage and Cajun roots and released Poirier’s Louisiana Style hot sauce in 2020, in collaboration with Heartbeat Hot Sauce. Since then, “The Diamond” has expanded with two other versions of his hot sauce, the K.O. Edition and the Creole Maple.

With this new partnership, Poirier joins a short list of UFC fighters who have partnered with the company to promote their own, non-fighting brands. The most notable of these brand deals is Conor McGregor’s Proper No. 12 Irish whiskey, which became an official sponsor back in 2018, and earlier this year, Tai Tuivasa’s beer, Drink West, became the Official Beer Partner of UFC in Australia.

Poirier has no time to rest on his laurels though, as the former UFC interim lightweight champion looks to bounce back from his recent loss to Charles Oliveira with a statement victory of Michael Chandler at Madison Square Garden, this Saturday.

Challenger. Israel Adesanya happy UFC brought in Alex Pereira: ‘Even I was getting bored with it, having to lap the division again.’

Freedom. Daniel Cormier shares Cain Velasquez’s reaction to making bail: ‘It was so limited in there.’

How Alex Pereira’s indigenous roots inspire him in fighting.

No Bets Barred. Breaking down the best bets for UFC 281.

Izzy on being a role model.

This is probably going to happen now that someone said it.

One of the worst lists of any type, ever.

That’s my list and I’m sticking with it! Of all time Craig 1.mayweather 2. Nurmagomedov 3. Ali 4. St. Pierre 5. Nunes I don’t know who im missing discuss and insult but I’m the one making list. Do better in the comments

Fighters deserve to ask for more than scraps.

Now that crypto is cratering, why not let each @ufc fighter get 1 open spot on their shorts to fill. The new sponsor would not conflict with current sponsors and would need pre-approval. This would hush “some” fighter pay criticism and cost $0. #recessionBill

Thanks for reading! See y’all tomorrow.

Who wins this weekend?