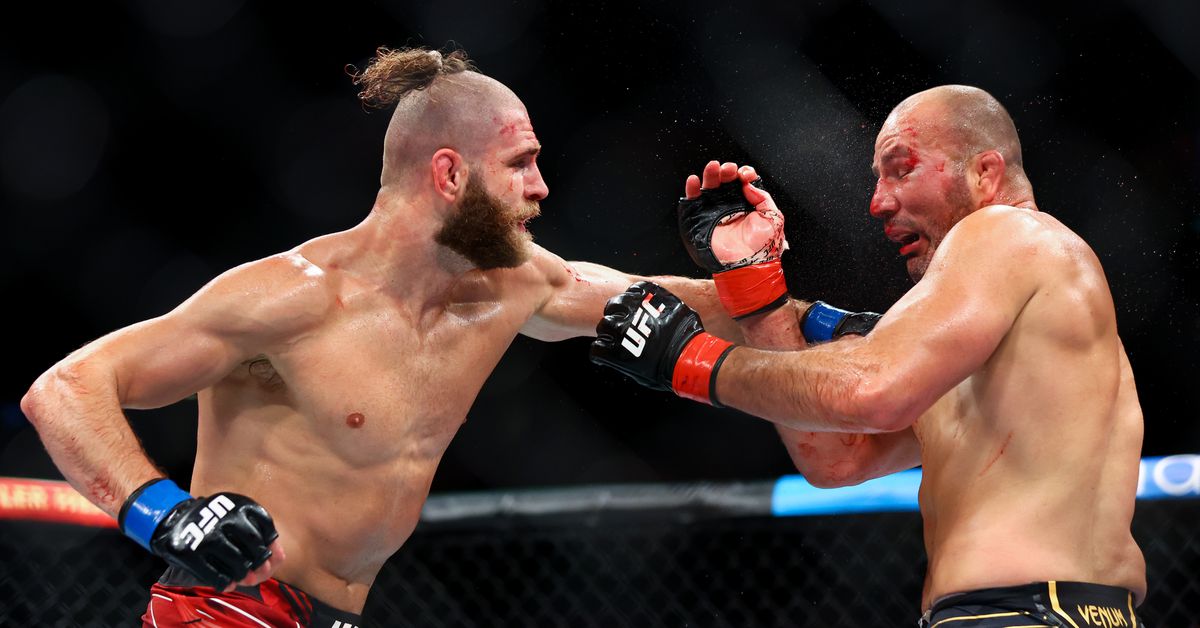 Chael Sonnen sees next to no interest in the upcoming UFC light heavyweight title bout.

UFC 282 is set as the promotion’s final pay-per-view event of 2022 and will go out with a bang as per usual. Unfortunately, there was plenty of speculation around the event regarding the possibility of a long-awaited Jon Jones return to action which is now all but out of reach as Dec. 10 draws near.

Jones has been plotting a heavyweight debut since vacating his light heavyweight crown in early 2020 with hopes of challenging the imposing champion, Francis Ngannou. Many a roadblock stalled that possibility, however, leading to former champion Stipe Miocic as the next man up. Instead of capping the year off with this momentous occasion, the now-light heavyweight titleholder Jiri Prochazka will run things back with the man he defeated for the belt, Glover Teixeira, in UFC 282’s main event.

A former UFC 205-pound competitor and title challenger himself, the aforementioned Sonnen feels this was the worst possible outcome for the promotion.

“Jon Jones is not going to be fighting Stipe at T-Mobile Arena in the UFC on Dec. 10,” Sonnen said on his YouTube channel. “There’s no headlines out this week about that card. There is a world title fight that is going to be established that night, it was the most resisted world championship fight. It is the most resisted rematch in UFC history. The promotion did not want to make it, and you guys didn’t ask them to, and the fighters sure as hell did nothing.

“These are my friends by the way. I just talked to Glover. I do not stab him in the back, but this is what happened. There is a world title fight that has not been discussed at all, but Jon Jones not being there was.”

While the buzz surrounding a Jones comeback was generated recently, Prochazka has been vocal about wanting to put on a cleaner performance against Teixeira with a rematch following his late come-from-behind title win in June. “Denisa” gets his wish and the fans will surely be treated to another good clash as the first was fight-of-the-year caliber action.

Pure martial arts brilliance isn’t always what sells best though, and Sonnen feels the data speaks for itself.

“Here I am talking about a world championship fight that none of you are interested in and that the promotion did everything they could [not to make],” Sonnen said. “Get Anthony Smith that W, get [Magomed] Ankalaev over with the audience, maybe he could cut a promo. They did everything that they could to not make the damn match, but here we are. It’s an awesome fight, it’s two killer competitors. We can play that game. But I played that game before but none of you clicked on it, none of you wanted to hear.”

The War Room: Poirier vs. Chandler.

For those of you who have been in a fight…
What was the reason for your first punch?

I got something in the works… ✍

I can’t get enough of Chael’s hatred for John Cena.

Be even MORE open to PRETENDING to be open.
Stay in the store, lights on, waving disappointed jobbers away for laughs in the middle of the day saying

What Slayer song should I cover? I already know about 20 of them lol I’ll post one up tonight

Sean nobody thinks you beat Yawn. I’ve seen better Decisions on “Married at First Sight.” The only Title you should get is “Most likely to be the 3rd Island Boy.” I would beat you and Cheeto with TJ’s Shoulder, Kattar’s leg and Aljo’s vagina. https://t.co/rLLZvzXtg8

Funny #MMA moments. 11 years ago today a drunk fan jumps on the octagon as @brucebuffer doing his thing to amp everyone up for the main event. As he jumped the fence I was there to greet him & escort him out, feet off the floor . Bruce finished his intros, place goes nuts. pic.twitter.com/m1tYJB2CF4

I think we can all agree that Prochazka vs. Teixeira 2 makes no sense at all right now. The first fight was just so good that I don’t think anyone really cares to complain about seeing it run back as soon as possible.

Wednesday: 79% of 831 total votes answered “Jake Paul” when asked, “If Jake Paul boxes Nate Diaz next, who you got?”

Are you more or less excited for Prochazka vs. Teixeira 2 than you were for the first fight?