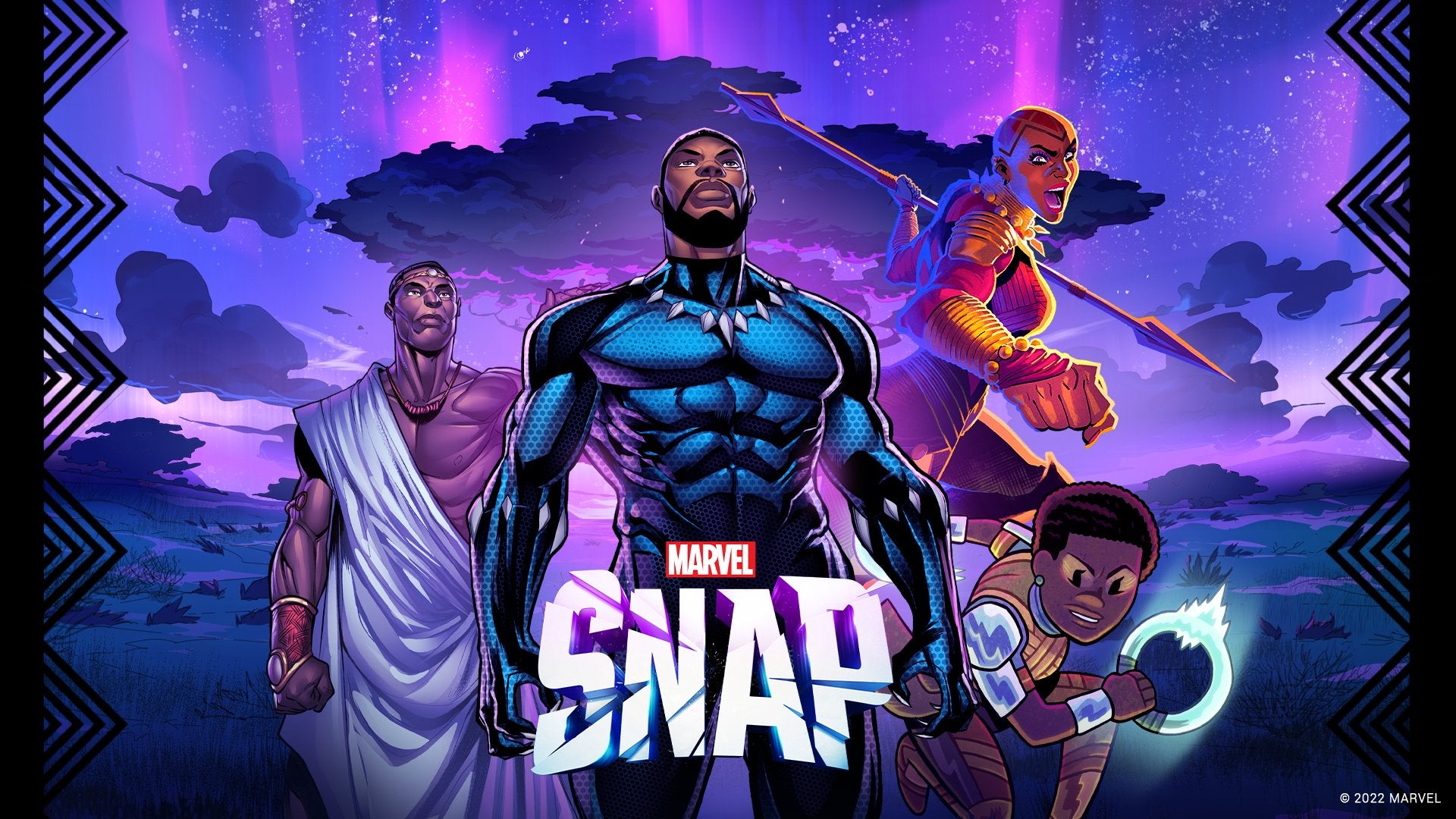 Marvel Snap season 2 is live, and has brought new Black Panther cards to the game via a season pass. Players who boot up the game right now can find a variety of new missions to complete, as well as their rank reset.

The biggest prize of this season obviously comes from the Warriors of Wakanda pass. For free, players can earn credits, boosters, and a card variant. Premium pass owners will net a whole lot more, including additional card variants such as the Black Panther Ancestors variant, gold, additional credits, and player profiles.

The pass right now costs £8.99, and lasts a month. If you’ve played before and previously climbed the ranks, you’ll find you’ve dropped 3 tiers. By playing 10 games, you can collect rewards in your backlog from previous milestones.

But how good do the Black Panther cards look? Well, Nakia and Okoye are all about buffing up your deck and hand, while Black Panther himself doubles his own power when revealed. As such, a buff deck seems like the best fit here. With some low cost cards like Hawkeye and Forge which should trigger before Black Panther’s own ability comes into play.

Add on top of that cards like Wong that double reveal effects, maybe an Odin as a powerful game ender, and some general good filler cards that can benefit from Okoye and Nakia’s effects like Jessica Jones will make for a powerful deck!

Let us know what you think of the Warriors of Wakanda pass? Will you be picking it up? Let us know below!

I know I’ll be buying the pass — I’m kinda locked in to Marvel Snap. It’s the first mobile game I’ve spent any money on, ever. Sometime soon hopefully, I’ll be able to play Marvel Snap with some friends and colleagues.