Joines and Kotz unleash a KRAMPUS! sequel for Christmas 2024 -
Skip to content 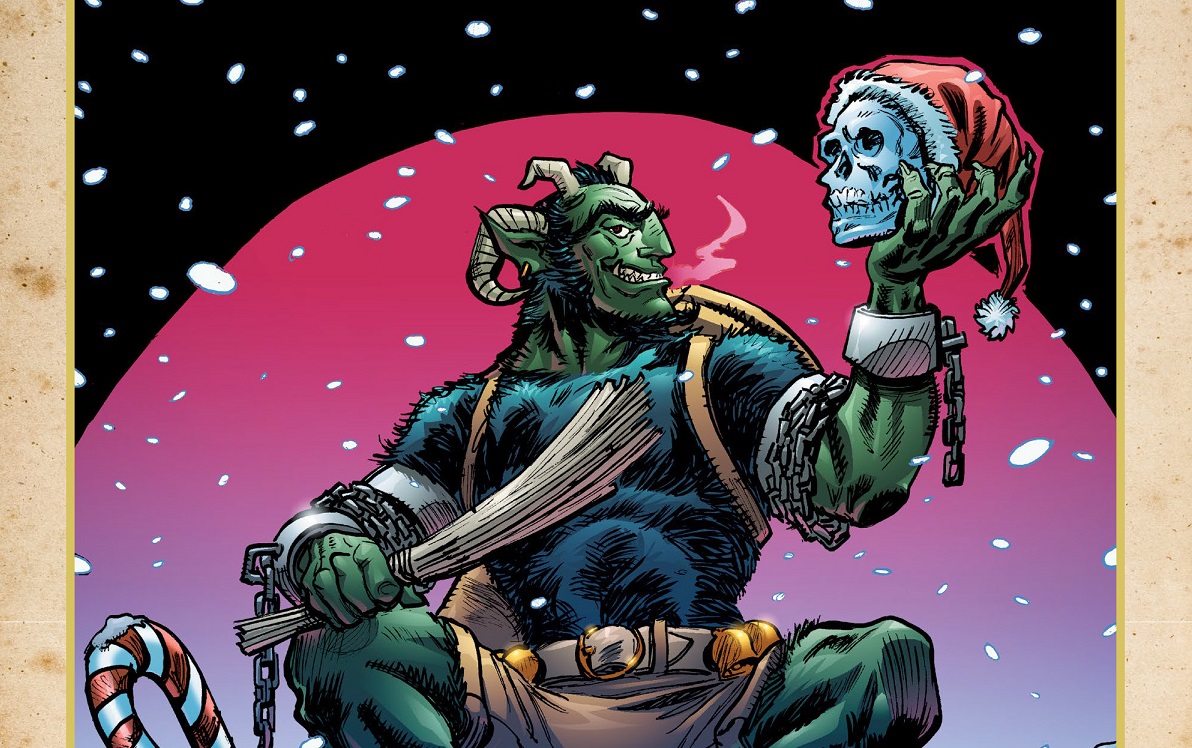 Almost a decade ago writer Brian Joines and artist Dean Kotz‘s Krampus: A Yuletide Adventure, a series described as “Snake Plissken by way of the Grinch,” was unleashed upon an unsuspecting public. Originally published through Image, a repackaged collected edition featuring a new cover by Kotz recently hit shelves from Oni Press. Now Christmas has apparently come early as Oni has confirmed the release of the long-awaited sequel to the acclaimed comedic holiday horror classic set to arrive Christmas 2024.

InKrampus!, the titular character is released from his North Pole prison by the Secret Society of Santa Clauses, an organization made up of gift-giving figures from multiple cultures across the world. Their magical powers stolen by an unknown source, the Society must turn to Krampus to help return to the human world and recover them. Along the way, he’ll encounter malevolent Sugar Plum Fairies, a holiday-themed gun for hire, and a dark secret that could rock the Society to its core.

Joines expressed great excitement at the prospect of returning to the series:

“It’s been so much fun revisiting Krampus and his world after spending so much time away. This has always been one of the projects I’m most proud of, and it’s definitely the one that’s had the most staying power, with people still discovering it every December. Fortunately, the story and the comedy and all of Dean’s amazing work still holds up. I’m excited for this new installment and hope it will get our story in front of even more new readers.”

“From the start, Dean and I have envisioned a number of Krampus-centric projects, and I’m thrilled we finallyhave the opportunity to do a follow-up.With so many holiday legends and myths in the world, there’s a wealth of source material at our disposal. As we did with the first book, I can’t wait to smash them all together and see what happens.”

Fans may have to wait two years for the sequel, but the new edition of the Krampus!: A Yuletide Adventure trade paperback (ISBN: 9781637150832) is available now at both digital and physical retailers everywhere.