Joanna Jedrzejczyk Admits She Was Tempted To Make UFC Return Despite Recent Retirement: 'I Was About To Call Dana White' -
Skip to content 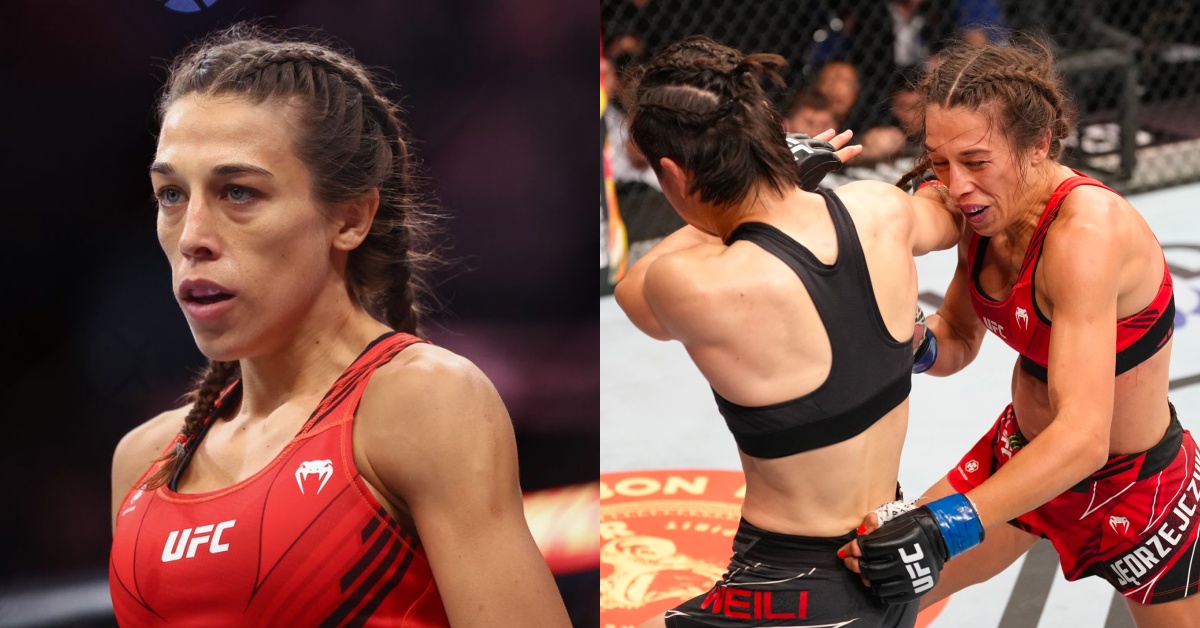 Former undisputed UFC strawweight champion, Joanna Jedrzejczyk, has admitted that a u-turn on her June retirement from professional mixed martial arts crossed her mind in recent weeks, despite calling time on her career off the back of a stunning second round knockout loss to fellow former champion, Zhang Weili in Singapore.

The bout as a rematch of the pair’s 2020 consensus Fight of the Year – with the then-defending champion, Weili securing a close, split decision win over the Pole to successfully defend her strawweight crown.

Announcing her intentions to hang up her gloves with immediate effect following UFC 275 and her brutal knockout loss, Jedrzejczyk recently admitted that she was close to calling up UFC president, Dana White, as well as Chief Business Officer, Hunter Campbell, with the plan of reigniting her career and cancelling her retirement.

“Two weeks ago, I went crazy, man,” Joanna Jedrzejczyk told BT Sports during a recent interview. “(I was) calling my management, I was about to call Dana (Campbell) and Hunter (Campbell) to bring me back. Actually, I had this conversation with my coach, Mike Brown, and Dan Lambert, the owner of ATT (American Top Team). But yeah, it’s hard to sit, think – you’ve done so much, your legacies so big. I’ve been this for the last 19 years of my life.”

Over the course of her decorated Octagon tenure, Jedrzejczyk managed to secure the most consecutive successful strawweight title defenses in the history of the division in the organization.