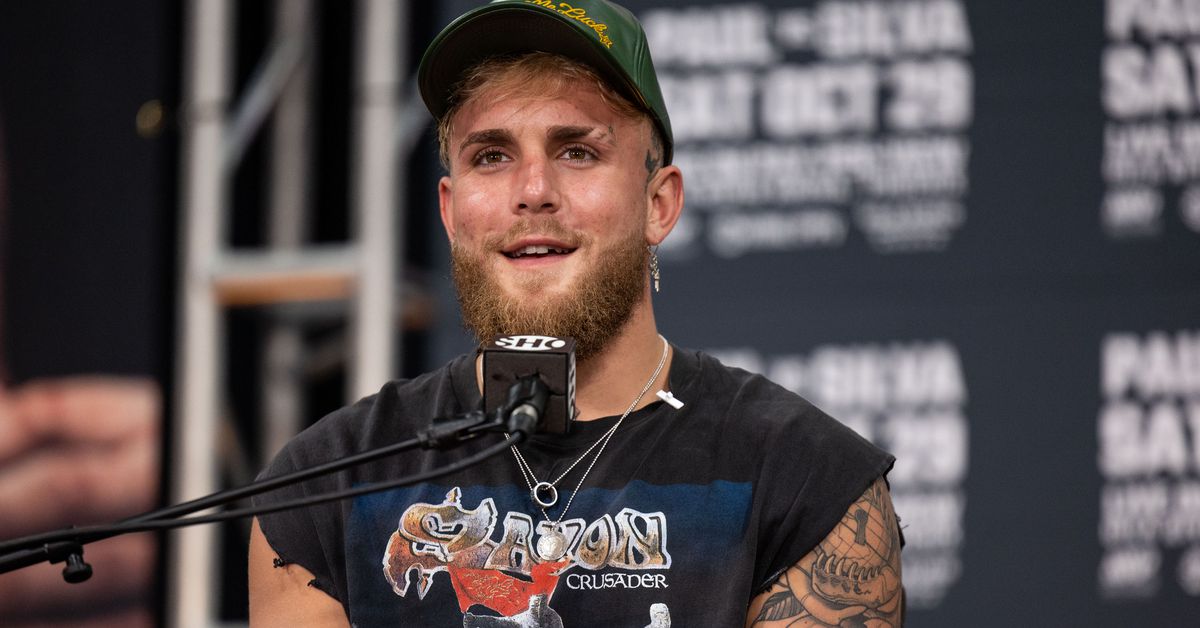 Jake Paul’s plans to organize MMA fighters include paying them to potentially not fight.

During an appearance on Impaulsive, Paul indicated one of his first tasks in his new venture is to raise money for a war chest that could interrupt the UFC’s flow of talent, presumably to entice the industry-leader to come to the table on better contract terms for fighters.

“We’re going to raise $50 million, and the fighters who are fighting check [to] check — we will fund them so they don’t have to be obedient to the UFC,” Paul said. “We will fund their salaries or their career earnings.”

Paul didn’t expound on his comment, and multiple requests for comment to his promotional partner, Nakisa Bidarian of Most Valuable Promotions, weren’t immediately returned.

The 25-year-old boxer and former YouTuber appeared on the podcast three days after notching the biggest win of his pugilistic career, a decision over ex-UFC middleweight kingpin Anderson Silva. Paul was widely praised by combat sports fans, though he said the event suffered commercially after video surfaced of Silva reporting a pair of knockouts in training camp. The ex-champ later walked back his comments, which were over one month old.

Paul announced his organizing efforts at a press conference for the boxing match, betting Silva a kickboxing rematch with a loss and a helping hand to “help UFC fighters get better pay and better healthcare” in the event of a win. Silva agreed with the stipulation that all fighters, not just in the UFC, be targeted for the association.

At the post-fight press conference, Paul again called out UFC President Dana White and said White hated him for “exposing his business.” He looked in Bidarian’s direction and added, “now, we’re going to band together and create a united fighters association to help UFC fighters, all MMA fighters and boxers to get more pay, long-term healthcare, and that’s a big undertaking that I’ve been wanting to do for the whole entire time of my career, since I met Nakisa, I said it him on the first day, I said I wanted to start a fighter’s union.”

An association is, at the moment, a more accurate description for what a fighter’s organization would look like. Since they are considered independent contractors and not employees of the UFC and other promotions, MMA fighters could not legally unionize unless they first sign union authorization cards and the National Labor Relations Board determines they have been misclassified and are, in fact, employees. A previous effort to force the UFC’s hand on misclassification via the NLRB failed when the organization, Project Spearhead, was unable to convince 30 percent of the roster to sign the union authorization cards.

Project Spearhead was one of four known efforts to organize fighters. All but one, the MMA Fighters Association, fizzled briefly after being made public, and the MMAFA pivoted to another goal: amending the Ali Act to include MMA fighters and protect them from onerous contracts and business practices. The MMAFA’s founder, Rob Maysey, also joined forces with high-profile law firms to file an anti-trust action against the UFC, which remains ongoing.

Several labor experts have called for some type of organizing effort, though at least one expert has advised a professional association, which is not directly involved in negotiating labor practices, could be more apt for MMA fighters.

The UFC previously has resisted efforts to unionize fighters, once urging them not to sign with a Nevada-based culinary union then at war with the promotion’s former majority owners, Lorenzo and Frank Fertitta, over a union drive involving their family business, Station Casinos.

White, meanwhile, has repeatedly dismissed calls for an across-the-board pay raise, saying fighters “get paid what they’re supposed to get paid.” He has written off long-term health insurance as impossible given the size of the promotion’s roster and their occupation, though he has touted the UFC’s accident insurance policy, which covers fighters in the event of training accidents or other out-of-cage injuries.

The cost of matching UFC fighters’ salaries would not come cheaply. Bloody Elbow’s John Nash reported that, by using UFC parent company Endeavor’s revenue figures, a benefactor would need to come up with between $164.36 million to $184.27 million to cover fighter compensation in 2021.