Israel Adesanya Prepared For War Against Alex Pereira At UFC 281: "I Want To Make This A Horror Movie." -
Skip to content 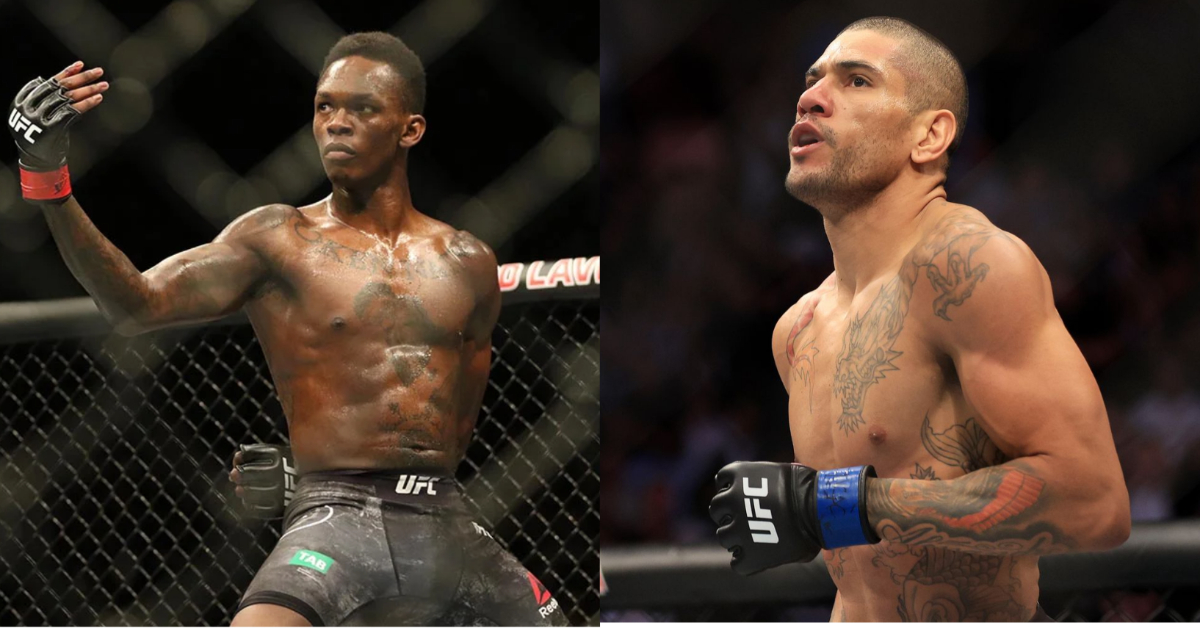 Israel Adesanya expects to deliver a violent affair when he defends his middleweight crown against Alex Pereira at UFC 281.

‘The Last Stylebender’ will look to continue his reign of supreme at the top of the middleweight division when he defends his title against fellow former kickboxing opponent, Alex Pereira, at UFC 281.

Adesanya has faced his next opponent on two previous occasions when both men competed in kickboxing, suffering defeat on both occasions. Despite this Adesanya is ready to deliver a violent affair when he steps into face Pereira for the first time in MMA.

Speaking in an interview with TMZ Sports TV, the middleweight champion aims to start the mental warfare with Pereira before the pair enter the cage, promising to leave the octagon and his opponent in a bloody state.

“I want to make this a horror movie.”

“I want to be the first person he sees when he wakes up. I want to make sure I’m right in his line of sight so he’s looking at me,” Israel Adesanya said.

Despite suffering defeats previously when the two men encountered, Israel Adesanya believes people are making too much out of their previous meetings and feels competing against Pereira in MMA suits him far better than it does the Brazilian.

“I always felt my striking was better suited for MMA, for the glove size but also the way, the freeness of attacking, I can clinch someone and trip ’em down. I can elbow, things like that and I know he’s good at stuff like that as well but I’ve been doing this a lot longer.”

Despite not showing much concern about suffering two defeats to Pereira previously, Israel Adesanya revealed he has gone over the footage from the two previous times they have shared the ring.

Instead, Adesanya sees this as a chance for redemption, both men have grown exponentially since previously fighting but the 185-pound champion feels his experience competing in mixed martial arts is going to hold great value when the pair meet in the headline matchup at UFC 281.

“I’ve looked back at them and I’ve taken a few things away from them but it is a different fight. I’m not the same guy, he’s not the same guy either, but again, I’ve been doing this a lot longer and people forget,” Adesanya said.

“For me, I have reminded them. I always do when it’s time. I remind people and show them how great I am. This is just another one of those times I have to do it.”

The fight goes down Saturday … inside the “world’s most famous arena.” (Transcribed by TMZ Sports)

With so many closely contested matchups taking place at UFC 281 be sure to check out our best bet column and see just exactly who we believe will be the middleweight champion once the final curtain closes.

Will Israel Adesanya retain his middleweight title at UFC 281, or will Alex Pereira be able to secure a third victory and claim the 185-pound title?