Israel Adesanya Praises 'genius' Andrew Tate Ahead Of UFC 281 Return: 'If He Shows Me Respect, I'll Show Him Respect' -
Skip to content 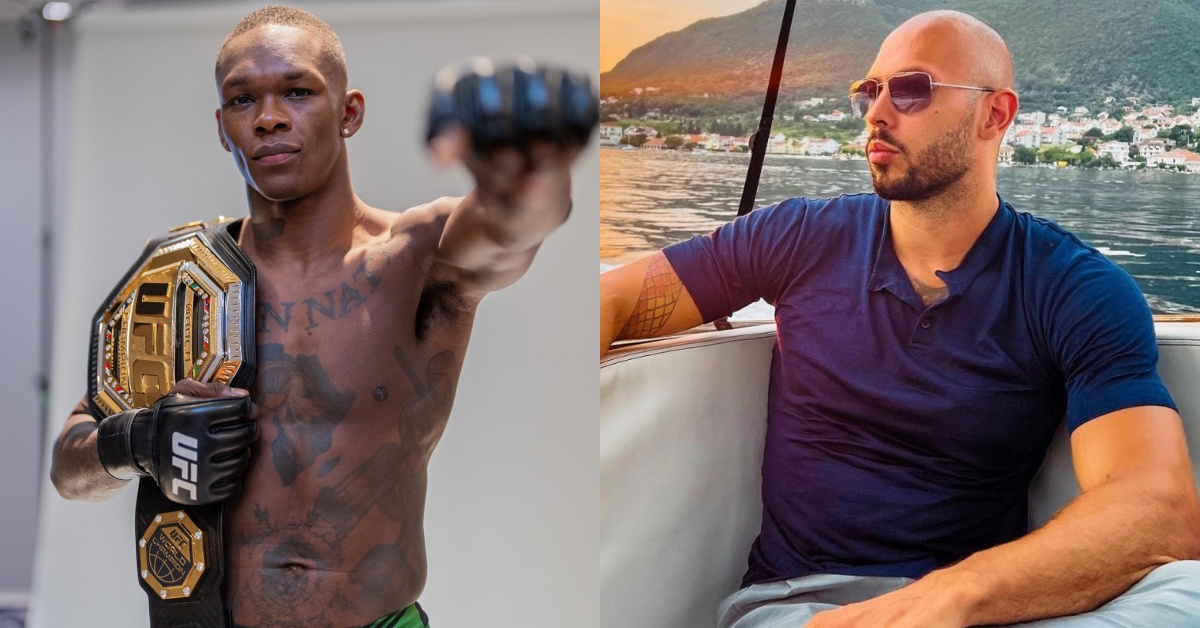 Ahead of his UFC 281 headliner this weekend at Madison Square Garden, Israel Adesanya has defended some of the viewpoints of social media influencer and social commentator, Andrew Tate – describing his marketing strategy as “genius”.

Returning to the Octagon for the third time this year in a weekend headlining clash, Adesanya will attempt to not only land his sixth successful title defense at the middleweight limit, but also avenge a pair of kickboxing losses to Brazilian striking phenom, Alex Pereira.

The City Kickboxing star last competed in the main event of UFC 276 back in July against Jared Cannonier – retaining his title in a much-criticized and lacklustre performance, despite a billing of a standout finish win from Adesanya ahead of the fight.

Previewing his clash with Pereira this weekend in New York City, Adesanya touched on the subject of the outspoken and chastised, Tate, praising his “genius” marketing scheme.

“I didn’t know him when he was kickboxing,” Israel Adesanya told the Mirror ahead of UFC 281. “But there was a time maybe a few months ago, before he got ‘cancelled’ – you can’t cancel anyone – when he just started to pop up on my Instagram and my YouTube and I was like, ‘Who the f*ck is this guy?’”

“Then I was listening to guys like Andrew Schulz talk about the smart system he did – I’m paraphrasing, but he paid people to post or make pages about him and just flood the internet,” Israel Adesanya explained. “If he created that marketing strategy, that’s a genius way to get [out there] because he was on everybody’s page. I never really followed his career as a kickboxer. I don’t know what he’s doing now.”

UFC bantamweights, Aljamain Sterling, and Sean O’Malley were both pictured with Tate during their respective trips to Abu Dhabi, UAE for UFC 280 earlier this month – with the former taking flak for his appearance with Tate, which Adesanya defended.

“I saw people were going at ‘Funkmaster’ (Aljamain Sterling) for that,” Israel Adesanya said. “I was like, ‘the f*ck?’ You can’t hang with someone? If he shows me respect I’ll show him respect. I’ve never met him, I have nothing with him. Some of his messages I can understand people didn’t like, but I’ve heard some of it.”

“I like Jordan Peterson, he gets the same message across without the bravado,” Adesanya explained. “I like bravado, I like the style but I feel Jordan Peterson gets it across in a different way to Andrew Tate.”