Israel Adesanya happy UFC brought in Alex Pereira: ‘Even I was getting bored with it, having to lap the division again’ -
Skip to content 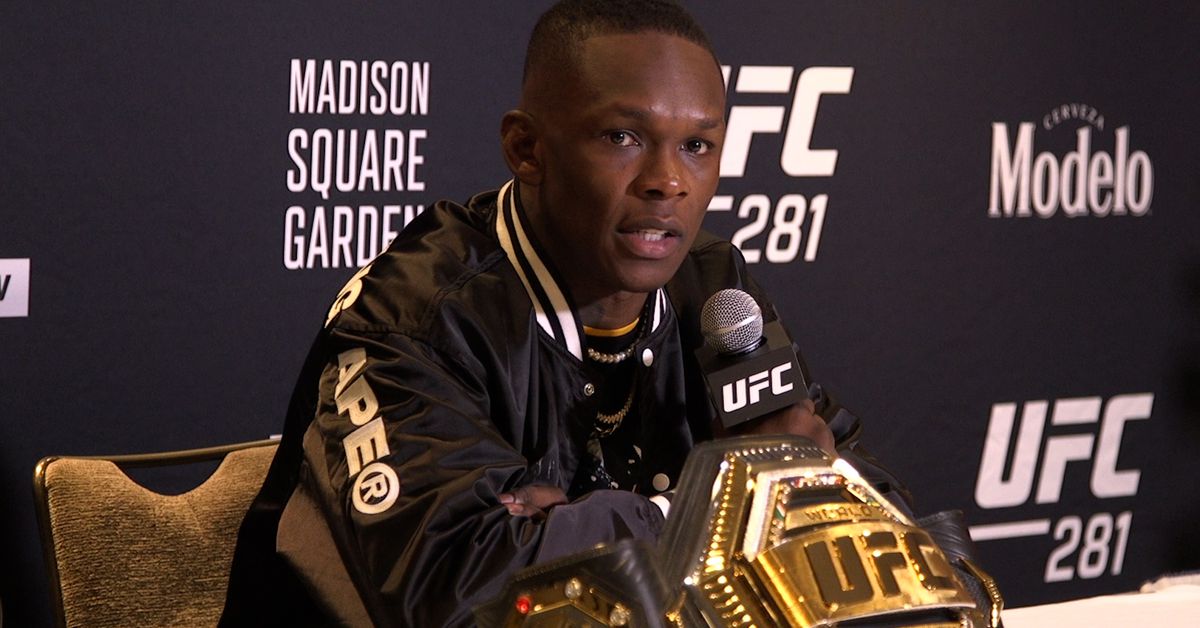 Israel Adesanya knows the UFC signed Alex Pereira for the sole purpose of setting up their eventual showdown after they clashed twice previously in kickboxing but in a way that’s exactly the kind of motivation he needed.

As one of the most dominant champions on the entire UFC roster with five title defenses under his belt, Adesnya has largely cleared out the top contenders in the middleweight division including two wins over notable fighters like Robert Whittaker and Marvin Vettori. Following a lopsided yet highly criticized win over Jared Cannonier in July, Adesanya was happy to hear he would be facing Pereira next despite the fact that the Brazilian only has three wins in the UFC and a single victory over a ranked opponent.

“I was making things look too easy,” Adesanya said during UFC 281 media day. “Even I was getting bored with it, having to lap the division again. For me, I set the way. I lay the table out. The UFC know what they’re doing.

“They brought him up right. They gave him the right fights. I don’t think he fought a wrestler. He beat one top five guy. I fought a top 10 guy in my f****** third fight in the UFC and I’ve just headlined since and stole the show. So my run is different. I appreciate my run because of the way I did it. Let him enjoy his time right now. Let him enjoy his 15 minutes.”

The narrative leading into the UFC 281 main event almost solely centers around Pereira’s two wins over Adesanya including his jaw-dropping knockout over “The Last Stylebender” in their last encounter in 2017.

While that might give Pereira some added confidence heading into the fight on Saturday, Adesanya promises it’s not a moment that’s haunted him since it happened, although he anxiously awaits his chance for a taste of revenge.

“It was never following me around,” Adesanya said. “Not in my world. I let this go a long time ago but like I said, the universe blesses you to rewrite history the way you want to rewrite it so I will. Every fight is always the fight I have to win. Every fight. This one just has that little extra butter on it.”

If Adesanya is successful in his campaign to beat Pereira and defend his title for the sixth time, he might be right back where he started with a slew of potential opponents who he has already defeated.

That might appear to be a signal that it’s time for Adesanya to test himself at 205 pounds again but he says there’s still more work to be done at middleweight even if that means beating a list of opponents who he’s already beaten before.

“I’ll lap the division again and I’ll go back up [to 205 pounds] at some point,” Adesanya said. “Just for my own, maybe a little bit of ego, but just because I can do it.

Even if he does move to light heavyweight again in the future, Adesanya isn’t all that concerned about claiming a second UFC title because that wasn’t necessarily his goal from the beginning.

Instead, Adesanya is looking at the bigger picture when it comes to defining his legacy and the next step will be adding Pereira to his win column at UFC 281.

“There’s a lot in this game,” Adesanya stated. “For me, it’s doing what I’m doing. Beating everyone up in my way. I never really chased these accolades or these records or whatever. I just put a guy in front of me, we knock them down. Everything else follows. I’ve said it before, I’ll say it again. I’ve always said [the UFC title] is a fancy tiara you wear.

“All I wanted to do was beat the best in the world and I’ve been doing that. This came, the money came, everybody came.”