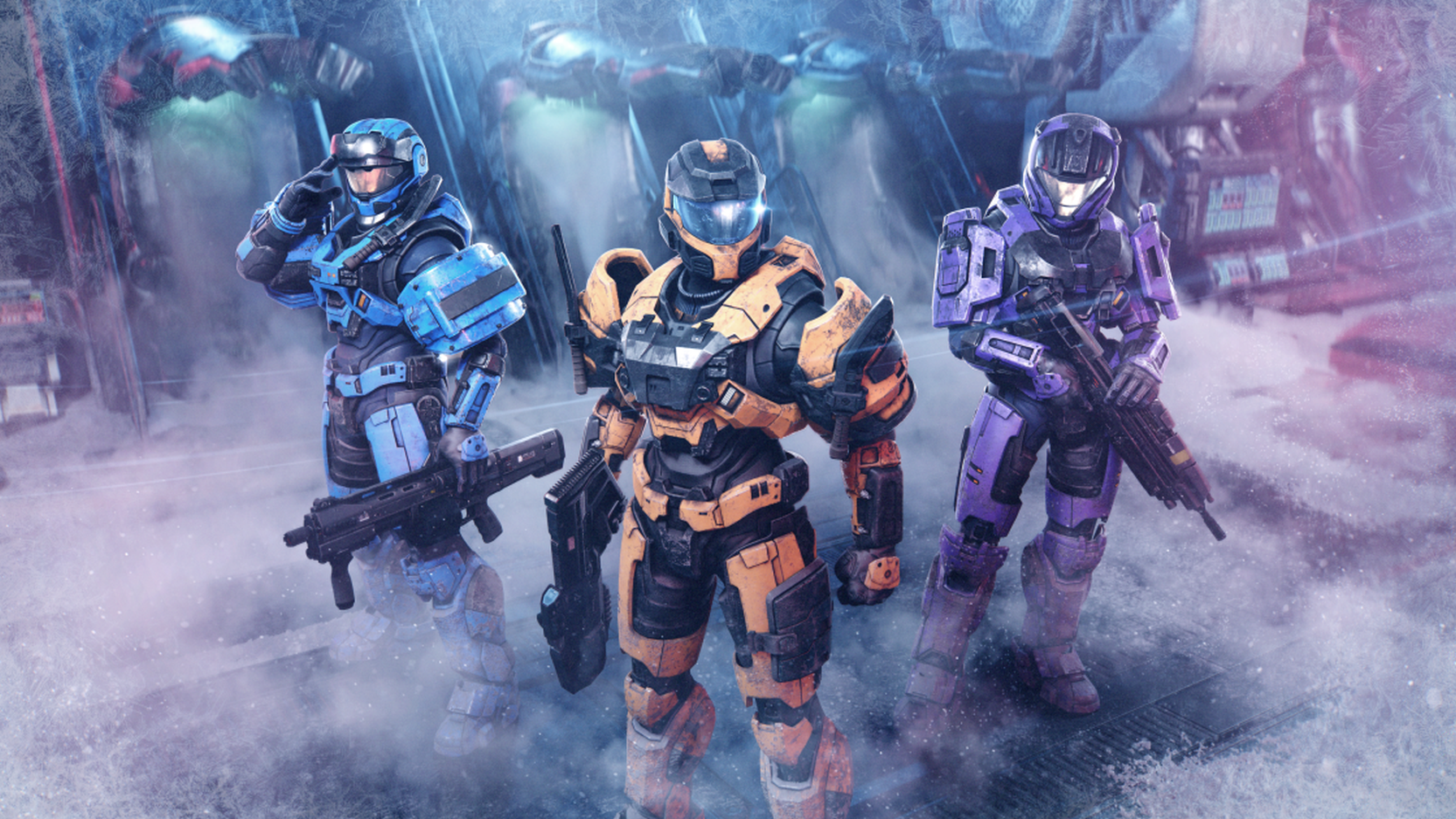 343 Industries has released the winter update for Halo Infinite.

This is the largest feature update to the game yet, bringing with it Campaign co-op, Mission Replay, the Forge Beta, and plenty of new, free content.

Campaign Network co-op supports crossplay across all Xbox devices and PC, and progress and unlocks are shared across all players. This means that no matter what platform you’re playing on, you will bring your campaign completion, collectibles unlocked, Spartan Cores unlocked, etc, and all players will progress together so it’s not just the host who benefits.

Alongside Campaign co-op and Mission Replay comes the addition of 24 new Achievements for the campaign, and at last, the Forge beta.

The mode will continue to see updates and support over time, evolving to add even more content.

A Battle Pass that is completely free for all players and will never expire is also coming with the update. That means even new players who may come to Halo Infinite even months from now will still get the Winter Update Battle Pass for free. It features 30 tiers of rewards, and sees the return of highly requested, fan-favorite Halo: Reach-themed cosmetics.

Over the coming months, you can also look forward to two free events which will bring a further 10 reward tiers each. In December, Winter Contingency will offer a series of Holiday-themed cosmetics, and in January, the Joint Fire event will center around the JFO-class Mjolnir armor and other related cosmetics.

The Winter Update also comes with evolved features such as Match XP progression, an overhaul to Challenges, two new multiplayer maps: Argyle and Detachment, and an addition to the playlist includes Covert One Flag, a variant of One Flag CTF.

In addition to all this new content, Halo Infinite is also seeing some overarching adjustments and improvements to the overall experience. It also balances the sandbox, playlists are getting a rotational rework, the matchmaking experience is also being improved, local region matchmaking will make its debut, there’s improved logic for CSR progression, improved rules for quitting with uneven teams, and more.

You can look over the patch notes here.