God of War: Ragnarök casts Odin as a mob boss in a deft blend of The Last of Us and Skyrim -
Skip to content 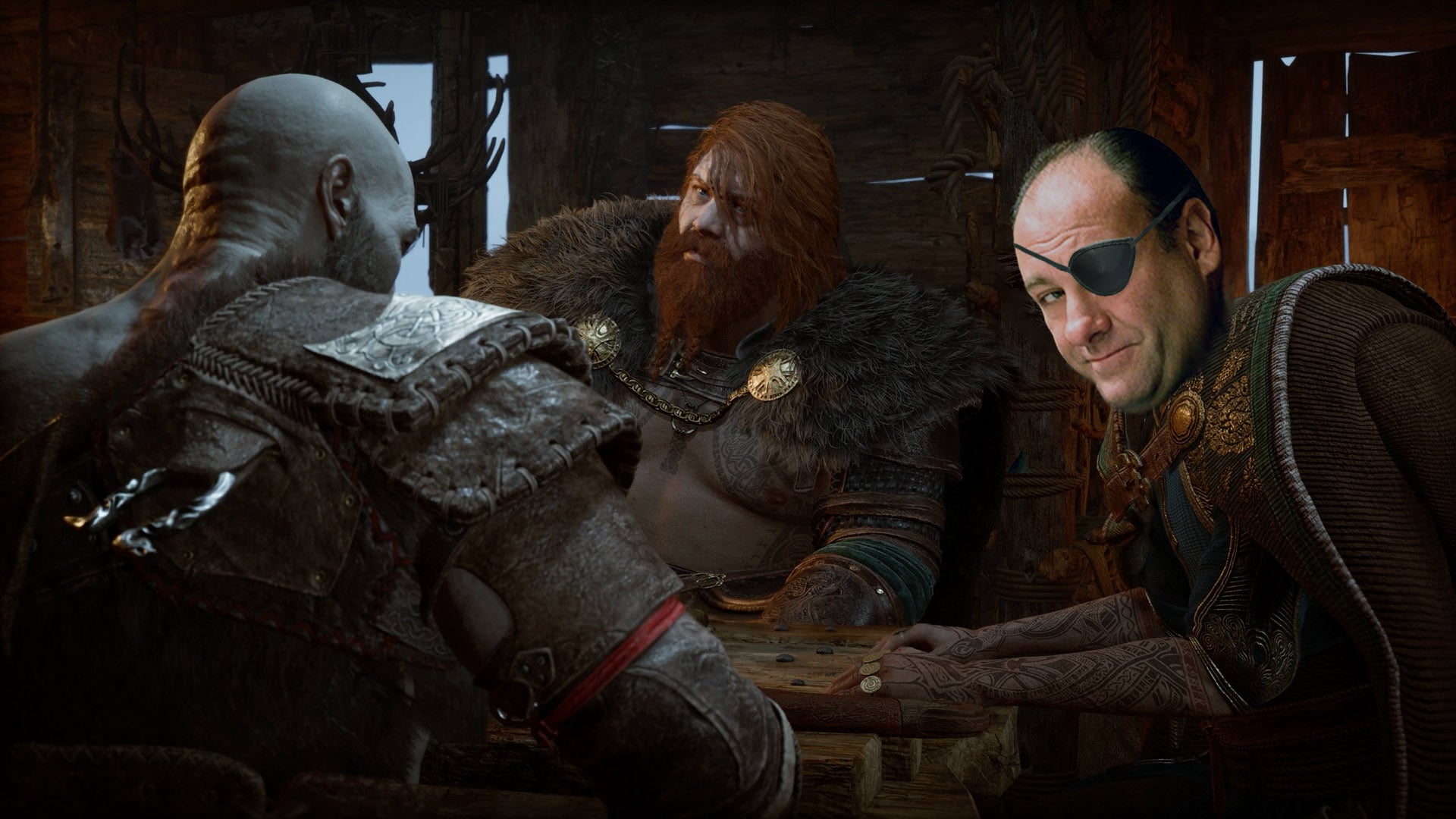 God of War: Ragnarök brings Kratos’ norse mythology era to a close, but not before spending a good 40-50 hours being one of the best Sony third-person action games to date: something that moves the genre forward in terms of artistry and tech wizardry, but also in how its characters are portrayed.


As a drama, it runs the entire tonal gamut from prestige HBO drama to Wrestlemania, being stuffed with some of the best action spectacle that the series has ever offered (which is something of an achievement, given that the entire series kicks off with Kratos leaping across a shipwrecked fleet to kill a hydra), but also plenty of quiet, reflective moments which allow the pacing to breathe.


It also provides a wonderfully unique take on the gods themselves. In this portrayal, Odin comes across like the head of a crime family, something akin to Tony Soprano or Vito Corleone: powerful, yet afraid. Jealously guarding his status, willing to make huge sacrifices to protect his wealth, but ultimately ill-equipped to resist the changing times. It stands in stark contrast to the heroic, benevolent alien version of the character we have seen in things like Marvel’s MCU. But, dare I say it, it’s probably much closer to the source material: the old gods were hard to please.


God of War instalments often feel like a barometer of industry trends, typifying and exemplifying what videogames are in their year of release. It’s fascinating that this one (as with 2018, but more so this time) can arguably be described as a mid-point between The Last of Us and Skyrim. It’s linear, and character focused, but full of open exploration. It’s anchored with a gritty realism, while being an epic fantasy spectacle of light and magic. The best of AAA can be found right here, in this grand sort of greatest hits package of PlayStation Exclusives.


The fact that this is still a last-gen game at its core (albeit one which is best played on PS5) suggests that we, perhaps, have reached a plateau here: it’s conceivable that video games are as good as they’re ever going to be, and improved technology to build and run them on just isn’t going to yield the kind of revolutionary advancement that we became used to during the first few decades of this medium’s relatively short life to date. But this doesn’t mean they can’t be exciting or groundbreaking: it just means that we’ve reached a point where the merit of the painting is uncoupled from the quality of the brush strokes.


If the latest best-in-class AAA game runs on decade-old hardware, we may have just reached the point where our beloved medium is driven by imagination rather than technology. As barometer readings go, I’d take that to mean sunshine ahead.