Georges St-Pierre: End of most MMA careers is ‘a horror movie,’ willing to help Jake Paul’s union efforts ‘if the organization is done well’ -
Skip to content 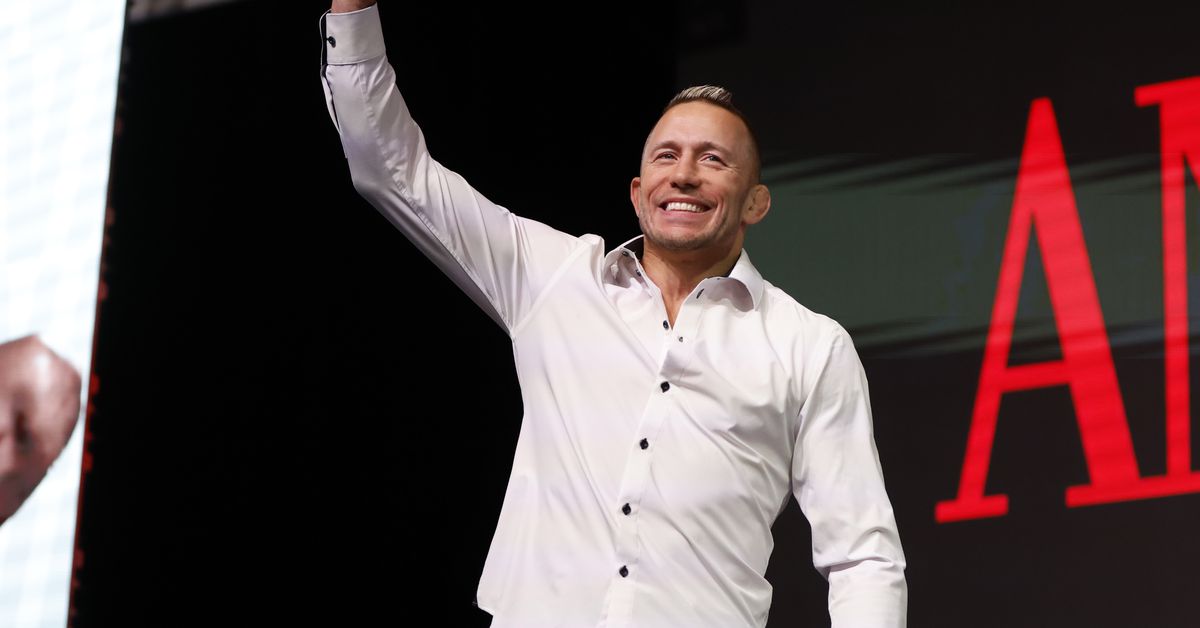 Georges St-Pierre is in full support of Jake Paul’s efforts to bring MMA fighters together under a united front.

“It’s not a question of if it should happen, a union — it’s a question of when it will happen,” St-Pierre recently told MMA Fighting.

“It will happen, because it happened in boxing, it happened in basketball, in hockey, in all professional sports. And mixed martial arts, unfortunately it’s a young sport. It’s still a new sport; not as new as it was 20 years ago, but it’s still relatively young. Sooner or later, it will happen. And a lot of people have tried to do it before, it failed — but sooner or later, it will happen because the conditions for the fighters, they can be improved by a lot. The salaries, all the assurances after their careers — a lot of guys, they have a lot of issues that are linked to brain damages and stuff like that.

“So I feel for a lot of these guys,” St-Pierre continued. “You only hear about the guys who make it, the Conor McGregor, Khabib [Nurmagomedov], Georges St-Pierre. We made a lot of money, we left the sport healthy and good. But the truth is that most of the guys, 99.9 percent of the guys, it’s a horror movie, it’s a bad ending to their career, ending in a bad way. And I feel for these guys, and sooner or later, there will be a new union that will create kinds of programs to help a lot of the fighters.”

St-Pierre, 41, is no stranger to MMA unionization efforts. In late 2016, he was among a group of five well-known fighters who launched the ill-fated Mixed Martial Arts Athletes Association (MMAAA) alongside former Bellator owner Bjorn Rebney. Joined by Cain Velasquez, Donald Cerrone, T.J. Dillashaw, and Tim Kennedy, St-Pierre championed the need for fighters to “stand together” in order to receive more equitable treatment from the UFC, however the MMAAA quickly fizzled out with little to show for its efforts. This past June, Kennedy told MMA Fighting that a “fear of the repercussions” from the UFC was ultimately the death knell for one of the last significant attempts to unite fighters to the cause.

But Paul has spearheaded calls to revive the conversation and even secured the support of former UFC middleweight champion Anderson Silva. Ahead of Paul’s boxing match against Silva, the two made a wager that Silva would assist Paul in his efforts if the 25-year-old YouTuber won. Paul ultimately did exactly that, defeating Silva in a competitive eight-round decision, and Silva reiterated his willingness to help Paul in the aftermath of the fight.

It’s a cause that is near and dear to St-Pierre’s heart as well. So if Paul and Silva are serious in their efforts, they’ll find an ally in the former two-division champion.

“It will happen in MMA, it’s just a question of time and it needs to be done with the right people,” St-Pierre said.