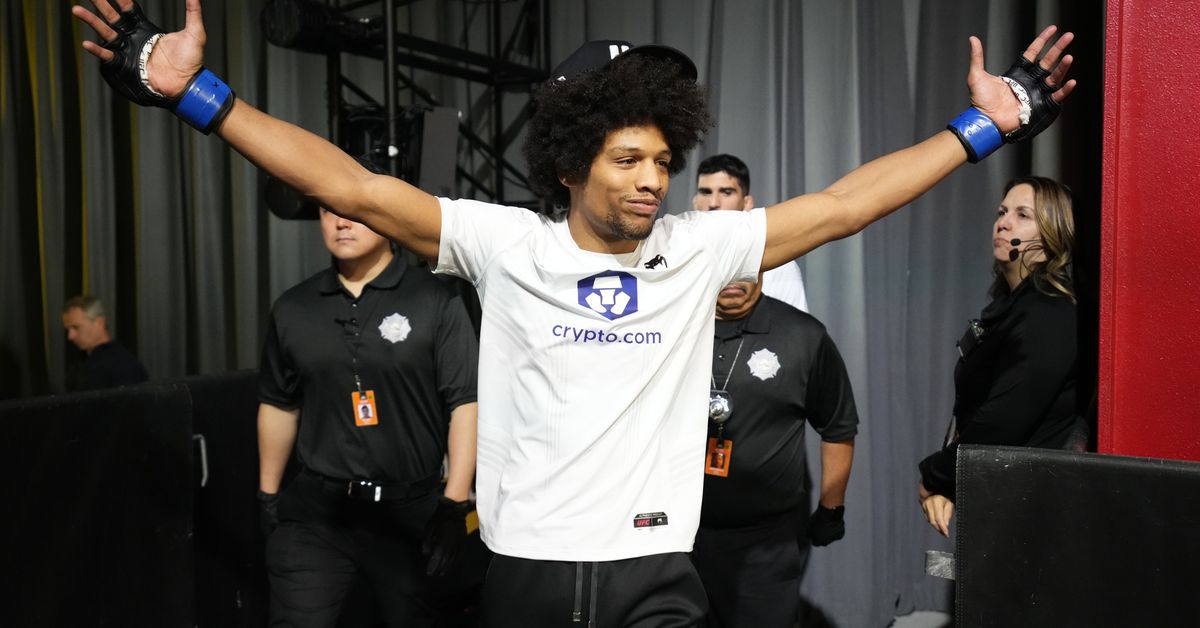 Fights on Tap is a weekly roundup of all the fights booked in the UFC, Bellator and other promotions.

One of the biggest pay-per-view events of 2022 is going down on Saturday! UFC 281 features Israel Adesanya vs. Alex Pereira, Carla Esparza vs. Zhang Weili and Dustin Poirier vs. Michael Chandler. There are also some sleeper fights like Brad Riddell vs. Renato Moicano and Julio Arce vs. Montel Jackson, so we are in for a real treat this weekend. But before we can get to that event, how about we look at what we have ahead of us on the upcoming schedule?

The UFC either announced or finalized 21 fights this week, and two all-action featherweights are confirmed for the final UFC event of the year.

Alex Caceres is gearing up for his second UFC appearance in 2022. ‘Bruce Leeroy’ returns against Julian Erosa at an upcoming UFC Fight Night scheduled for Dec. 17 at the UFC APEX.

The former Ultimate Fighter competitor recently saw a five-fight win streak snap after he suffered a unanimous decision loss to Sodiq Yusuff at UFC Vegas 50 in March. His next opponent, Erosa, has done better in his third run with the UFC. Since he rejoined the promotion, ‘Juicy J’ has gone 5-1. His most recent win — a unanimous decision over Hakeem Dawodu at UFC 279 — saw him extend his win streak to three straight.