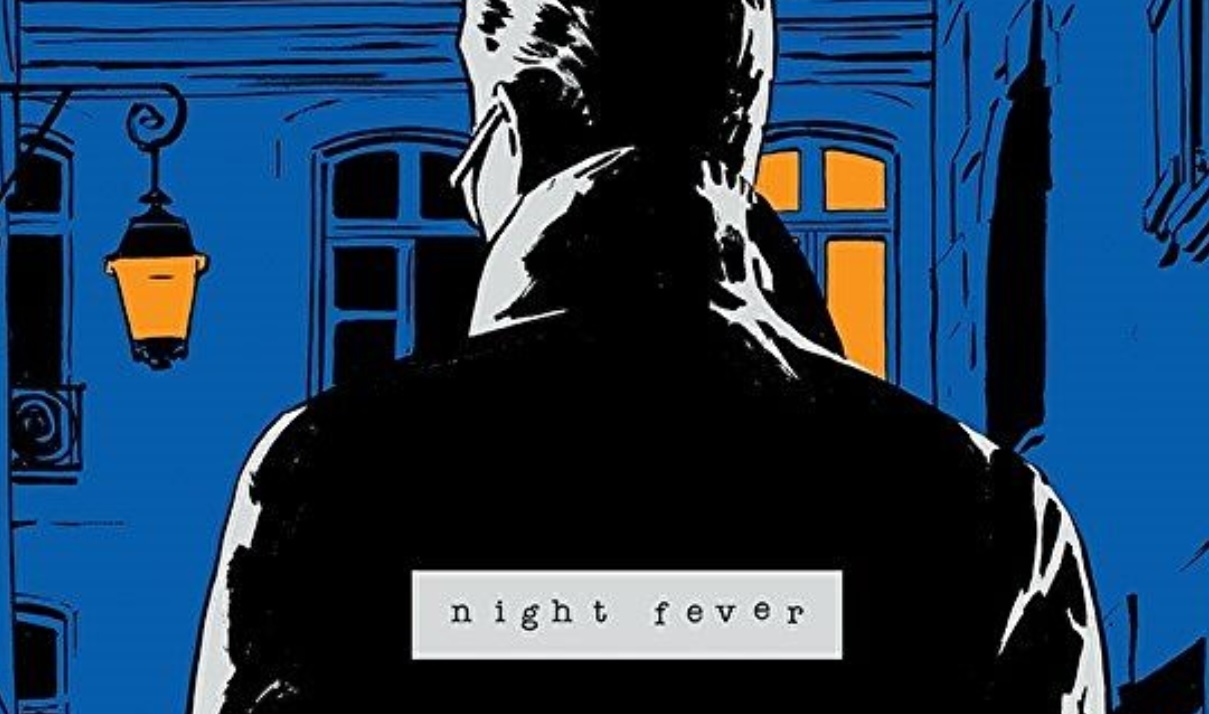 Writer Ed Brubaker and artist Sean Phillips have been working comics magic together or over two decades. Recently the multiple Eisner Award-winning duo have been collaborating on the Reckless series of OGNs published through Image Comics. Today the publisher announced their latest collaboration, along with colorist Jacob Phillips, the graphic novel Night Fever, described as a pulse-pounding noir thriller featuring the Jekyll-and-Hyde story of a man facing the darkness inside himself.

In Europe on a business trip, Jonathan Webb can’t sleep. Instead, he finds himself wandering the night in a strange foreign city, with his new friend, the mysterious and violent Rainer as his guide. Rainer shows Jonathan the hidden world of the night, a world without rules or limits. But when the fun turns dangerous, Jonathan may find himself trapped in the dark… And the question is, what will he do to get home?
Night Fever is a pulse-pounding noir thriller featuring the Jekyll-and-Hyde story of a man facing the darkness inside himself. This riveting tour-of-the-night is a must-have for all Brubaker and Phillips readers.

In describing the origin of Night Fever Brubaker said:

“Night Fever is a story that’s been scratching at the back of my skull for a long time now and man, is this a weird one. Inspired partly by old Black Lizard noir novels and weird and sexy European comics from the 70s, this book is a dark trip into what being alive right now feels like, but hopefully a thrilling one for our readers, too. I know it’s the best art of Sean’s entire career, which feels almost unbelievable. But it’s true.”

“One of my great pleasures over the last decade has been watching Ed and Sean produce story after amazing story—from Fatale in January 2012 right up to last month’s Reckless graphic novel, Follow Me Down—so what better way to start kick off the next 10 years than with yet another astonishing entry into their illustrious canon with Night Fever,”  “If you’ve enjoyed Ed and Sean’s previous collaborations, as well as Ed’s work with Steve Epting on Velvet and Marcos Martín on Friday—trust me, you are in for a treat.”

Look for Night Fever, an original graphic novel hardcover, to arrive in comic stores on Wednesday, June 14, 2023 and in bookstores on Tuesday, June 20, 2023.