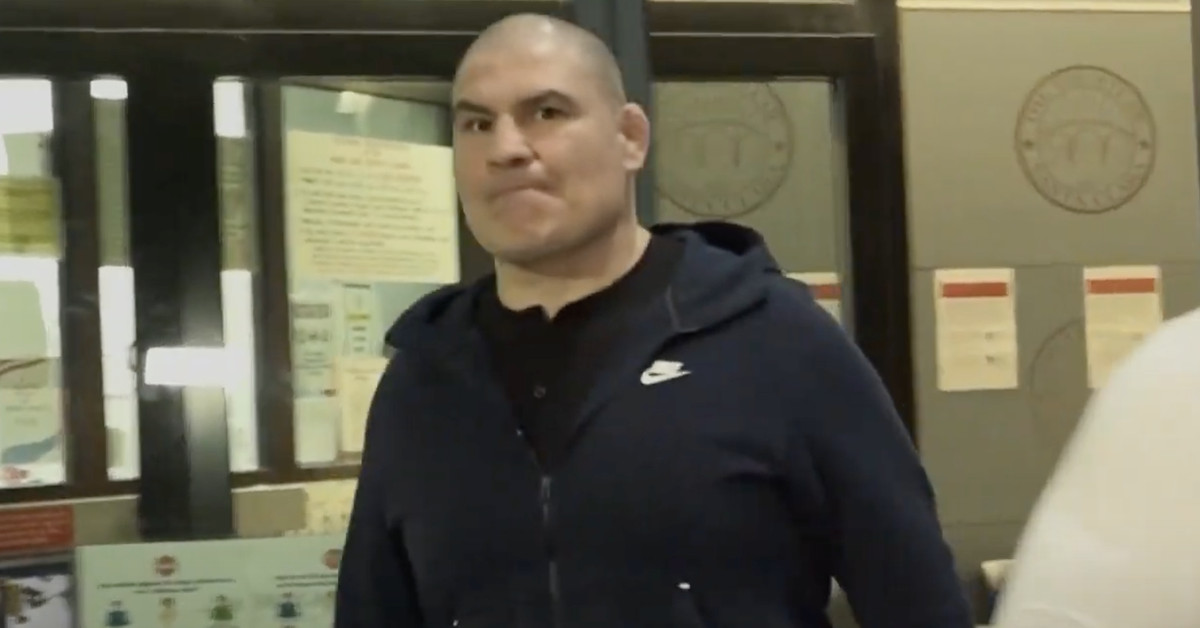 Cain Velasquez was all smiles as he left a holding facility in Santa Clara County, Calif. after spending the last eight months in jail pending trial on attempted murder charges.

Early Wednesday morning, the former UFC heavyweight champion was officially released after he posted $1 million in bail. The decision to release Velasquez came from Judge Arthur Bocanegra, who opted to let the 40-year-old retired fighter return home to his family after he had been denied bail numerous times since his arrest in February.

“Just feel blessed,” Velasquez said in his first statement to KRON-4. “Ready to go home, be with the loved ones, family, friends and make something positive of this whole situation.

“Just thank you to everybody who had my support. I love all of you. Just always continue to be better as a person, always do good things and just make something positive of this terrible situation. My family and I, we’re going to do that.”

As a condition of his release, Velasquez is confined to home detention with GPS monitoring and he’s not allowed to have any weapons in house. Velasquez was also ordered to undergo outpatient treatment for traumatic brain injury and CTE (chronic traumatic encephalopathy) a nearby facility close to his home as well as counseling for parents of children who have been victimized by sexual abuse.

Velasquez was arrested in late February after he allegedly went on an 11-mile car chase pursuing a vehicle containing Harry Goularte, the man accused of sexually molesting his 4-year-old son at a daycare facility owned and operated by his mother.

Goularte, who later plead not guilty in his own pending case, had been released on bail against the recommendation of the prosecution when he entered a vehicle with his mother and his stepfather Paul Bender. Velasquez allegedly fired several rounds from a .40 caliber handgun into the vehicle with Bender sustaining a bullet wound that caused non-life threatening injuries.

As a result, Velasquez faces 10 counts stemming from the alleged rampage including premeditated attempted murder, which comes with a potential life sentence in prison if he’s convicted on all charges.

With his bail granted, Velasquez will now be able to return home to his family while working with his attorney Mark Geragos as they begin mounting a defense for his upcoming trial. Velasquez is due back in court on Nov. 21 for the next hearing in his case.