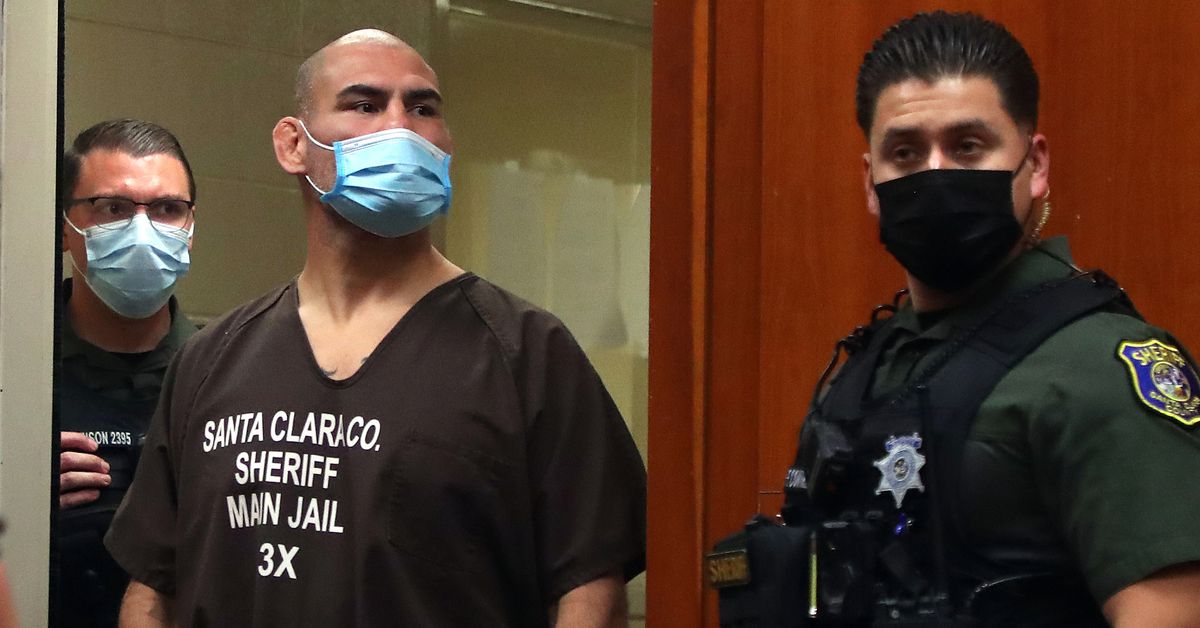 Cain Velasquez will go home for the first time in eight months after he was granted bail ahead of his trial on multiple charges – including premeditated attempted murder.

Bocanegra maintained Velasquez should still be charged with premeditated attempted murder after he allegedly went on a high speed car chase on Feb. 28 and fired several rounds from a .40-caliber handgun at a vehicle containing Harry Goularte, who is accused of allegedly sexually abusing Velasquez’s son at a daycare run by his mother Patricia Goularte. Goularte’s stepfather Paul Bender was ultimately wounded with a bullet but suffered non-life threatening injuries during the incident.

That said, Bocanegra granted the second motion filed by Geragos to allow Velasquez to be granted bail ahead of his trial with the next court hearing scheduled on Nov. 21 at 9 a.m. PT.

“Mr. Velasquez, I would not release you if I was not convinced that finally a release at this time, eight months later, that you would be a danger to Harry Goularte, primarily, Patricia Goularte or Paul Bender or the public,” Judge Bocanegra said.

“But if you are as devoted as a husband and father, I have to believe and I’m confident he will not jeopardize anything that would take away from your son, your daughter or your family. I hope you don’t prove me wrong.”

Velasquez, speaking for the first time during the two-day pre-trial, said, “I won’t, your honor.”

As conditions for his release, Velasquez will have to pay $1 million cash or bond, submit to home detention with GPS monitoring, which means he can’t leave his primary residence outside of allowances made by the court.

Velasquez also will have to undergo outpatient treatment for traumatic brain injury and CTE (chronic traumatic encephalopathy) at Windmills Wellness Ranch, as well as counseling for parents of children who have suffered sexual abuse. His home will have a search and seizure performed, and he will not be allowed to have any weapons in his house. He must also comply with a protective order to stay at least 300 yards away from Goularte, his mother Patricia and his stepfather Paul Bender.

Velasquez thanked the judge along with his attorney also providing thanks for granting bail. French vehemently disagreed with the decision, calling the 40-year-old fighter a “clear and convincing threat of danger.”

Despite those objects, the judge ruled in favor of bail being granted, and now Velasquez will prepare to return home after bail is paid.

Velasquez faces a total of 10 counts in his case, including premeditated attempted murder, which comes with a potential penalty of up to life in prison if convicted.