Bo Nickal Previews Potential Israel Adesanya Fight: 'I Don't Know How He's Going To Stop Me From Submitting Him' -
Skip to content 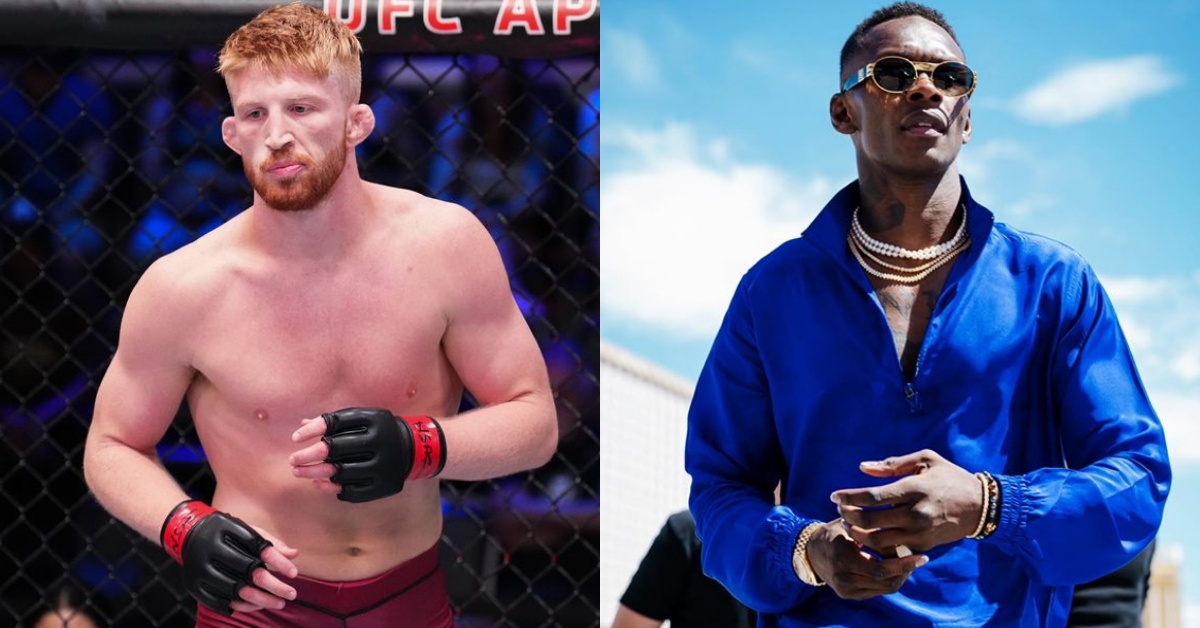 Since his recent arrival in the UFC, undefeated wrestling prospect, Bo Nickal has picked fights at middleweight and welterweight with the likes of champion, Israel Adesanya, and Khamzat Chimaev, respectively. And questions the former’s ability to prevent him from snatching his crown with a submission victory.

A two-time feature on Dana White’s Contender Series earlier this year, Nickal, a decorated amateur wrestling talent and grappling maestro, landed a comprehensive rear-naked choke win over Zachary Borrego back in August, before returning and earning a UFC contract with a quickfire armbar win against Donovan Beard the following month.

Teasing a potential future fight against the undefeated welterweight crusher, Chimaev off the back of his singing with the Dana White-led promotion, Nickal was initially booked to make his Octagon debut against Jamie Pickett at UFC 282 in December, however, was forced out of the debut due to an injury last month.

Speaking with former UFC middleweight titleholder, Michael Bisping, Nickal, who has been touted as a legitimate threat to the division reign of Adesanya due to his wrestling ability and grappling expertise, questioned how the Nigerian-Kiwi striker could prevent him from submitting him.

“Of course, when I go in there with a guy like Israel Adesanya, yeah, he’s a killer on the feet,” Bo Nickal told Michael Bisping when asked for his thoughts on the potential fight in the future. “He can knock anybody out, he has amazing striking. And that goes without saying. Anytime you go into a fight there’s a risk of being knocked out. For me, when I look at that, that’s my only chance of losing that fight. There’s not really a chance in the world he’s keeping me away and picking me apart for five, or four rounds.”

“I don’t really know how he’s (Israel Adesanya) gonna stop me from bringing him to the ground and submitting him,” Bo Nickal explained. “I get it, yeah, there’s always going to be a chance that I get knocked out, but we see this story too many times in this sport. And we know how it goes.”

As for Adesanya, the City Kickboxing staple is set to headline UFC 281 next weekend against challenger, Alex Pereira – attempting to secure his sixth successful title defense at the middleweight limit at Madison Square Garden.