As the rebooted show shoots for international success, now is the time for a big-budget Doctor Who game -
Skip to content 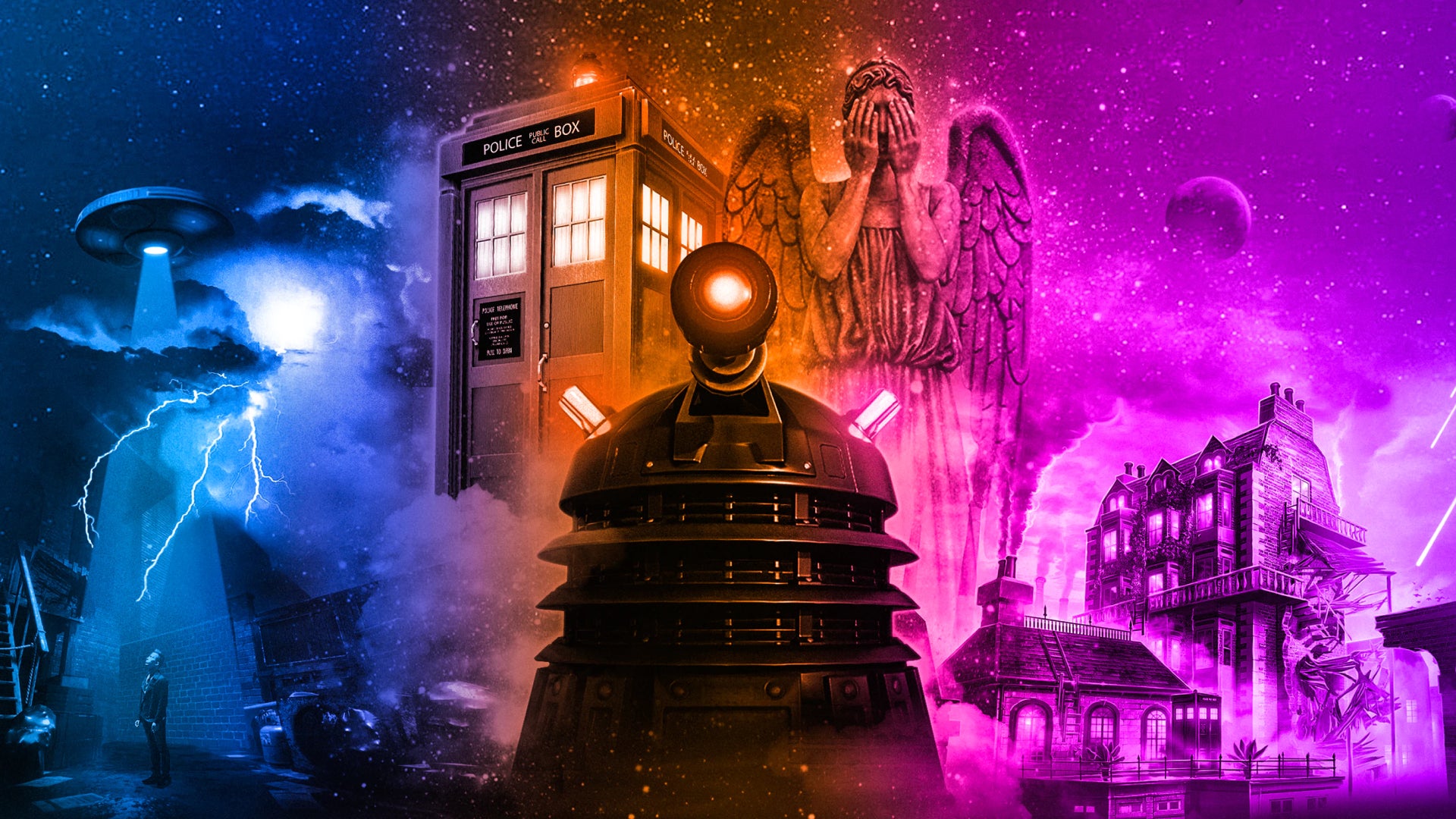 Doctor Who is regenerating. When I say that, I’m not just talking about the in-universe concept of the lead character’s cells re-growing to cheat death, the canon justification for a change in actor. I’m talking about the show as a whole: it’s morphing, changing. It’s about to be something very different and very new, with a dash of the familiar all the same.

This isn’t all that uncommon with Doctor Who. More so than with its similarly long-running American rival Star Trek, the ‘blue box show’ can be divided fairly neatly into eras depending on the creative teams in charge and the actors portraying the Doctor. Nevertheless, this is a bigger change-over than most – in part because it marks the return of legendary TV writer Russell T Davies to the top job as showrunner, but also and more importantly because it sees the series welcome in American money and influence.

Davies’ return is important because he’s the man that revived the show in 2005 after over a decade off-air, going on to deliver some of the series’ biggest popularity. He’s also a canny writer, deftly weaving biting real world commentary into family-friendly science-fiction romps. But the money, naturally, is even more important – and this time, Doctor Who has the backing of Disney.

Famed for wobbly sets and dodgy CGI, the concept is pretty simple: the BBC retains overall creative control, and will broadcast the show in the UK, but it gets a cash injection and will be broadcast worldwide via Disney+. Disney’s influence offers a huge cash injection, with UK broadcast industry magazines reporting it will effectively triple the show’s budget, turning it into a £100 million series.

All of this is a big deal for Doctor Who on the telly, but I also think it tees up an interesting conversation in games. That’s for one simple reason: mechanically and tonally, the world of Doctor Who is fertile ground for video games – and it’s barely been explored.

There have been games since the 2005 reboot, of course, and there’s ancient games from the eighties, too. But all of them have had one major drawback: they’ve been made on a shoestring budget, and primarily targeted at the limited audience of the show – mostly in the UK. One game, for Wii, was big enough to warrant paying the actors for voice work and for the release of a Wii Remote in the shape of the Doctor’s Sonic Screwdriver tool, but simultaneously not big enough to release anywhere but the UK and Australia.

The most recent major swing was The Edge of Time, a VR game that also got a janky, hasty non-VR port as The Edge of Reality. This release had interesting ideas, and some lovely voice performances by two different TV Doctors – but it again felt pretty consistently held back by the fact it had grand ambitions and probably a pretty slender budget. It also didn’t help it released alongside an era of the show that had nearly catastrophic levels of popularity. But with this new deal, all that could change.

The reason I feel Doctor Who is perfect for video games isn’t just because I’m a fan of the show, for my sins – it’s because of how the show is structured. Its ability to go anywhere and do anything, bestriding genres, is a perfect place for a creative development team to flex their imaginative muscles. The Doctor’s nature as a hero is also different to most – willing to blow stuff up from time to time, but equally focused on intellect and non-violence – but in a scrappy way, rather than a droning, lecturing Starfleet sort of way. The character is painfully British in style and execution – which is always what’s set them apart in the genre.

Despite being so unique and important, the great thing is that the Doctor doesn’t need to be the lead! This is the thing that The Edge of Time got right – understanding that the audience’s aspirational dream in Doctor Who isn’t necessarily to be the Doctor, it’s to be with the Doctor. This is different from Star Trek, where people want to be the captain, not some redshirt. In Doctor Who, the companion characters are always the audience entrance point – and that provides space for a perfect player-insert character for any video game. It also uncouples the game’s protagonist from any weird canonical red lines the Doctor wouldn’t cross, in terms of available actions for the player. This has been explored, but always with limited budget, a high degree of jank, and very little success.

There’s lots of ways I could see this manifesting. A Telltale-style adventure game would fit the series nicely. So too would an action-adventure romp packed with puzzles and the odd bit of combat. Most interesting would perhaps be a game that used the TARDIS’ ability to travel anywhere to offer a genre-hopping experience that morphs mechanically and perhaps even visually as you travel to different places and face different threats. This is my point, really: the budget has never really been there to fully utilize and leverage this property. I apologize for continuing to harp on with the comparison, but Doctor Who is far more fertile ground for video game concepts than Star Trek, which only really works as a choose your own adventure or as something like Bridge Crew. As on TV, the series’ greatest strength is its sheer, unstoppable breadth.

My hope is that this Disney+ deal can unlock all of that. If the new-old creative team of the show have their way, and if the Disney money is used well, Doctor Who could quickly become one of the biggest family-viewing shows on television – if not one of the biggest shows in general. If that happens, a video game is practically required. It’s surely when, not if, now. I just hope it can live up to its potential.