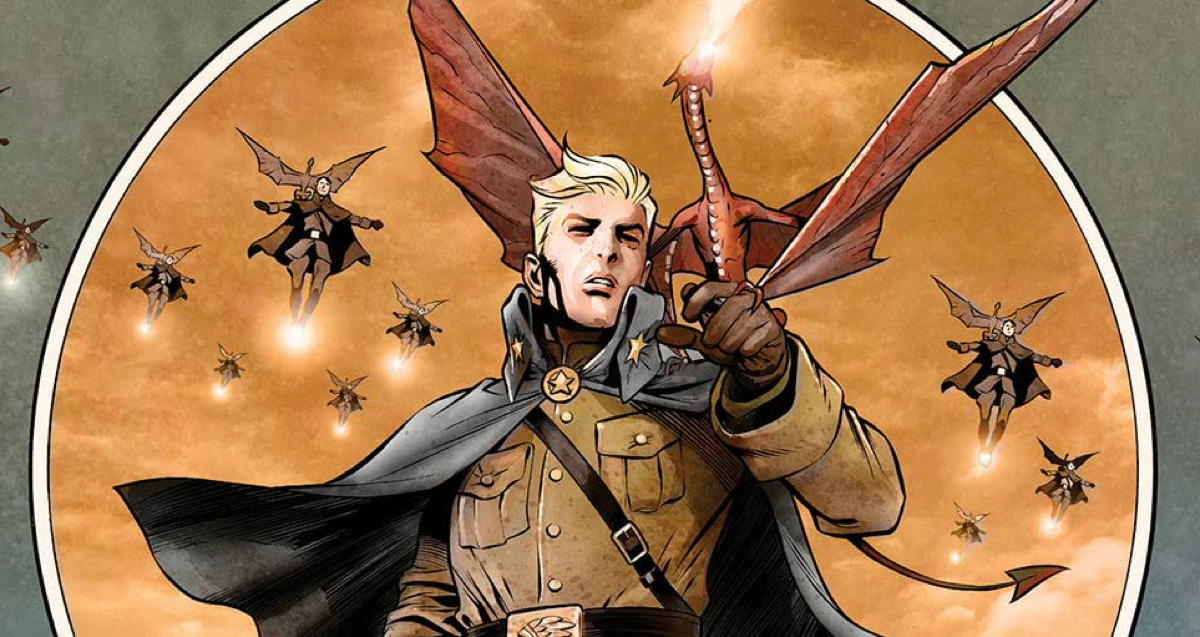 Comics superstar Carlos Pacheco has passed away at age 60, according to several Spanish newspapers. He recently revealed that he was suffering from ALS (Amyotrophic Lateral Sclerosis) on his social media accounts.

Pacheco was a popular with his peers as a person as he was with editors for his always sparkling and precise work. Born in San Roque, Spain in 1962, he started his career working for Planeta-DeAgostini Comics, before being discovered by the American comics industry, where he became one of the first Spanish born artists to make a major impact. He rose through the ranks at Marvel and DC in the 90s with work on Bishop, the X-verse and The Flash as he gradually become a fan favorite, working with writers like Mark Waid, Kurt Busiek and Rafael Marin.

In the ’00’s he and Busiek teamed up on Arrowsmith, a creator owned book for Wildstorm set in a World War I with magic, that showed off his classic sense of design and figure drawing. He continued to be an elite artist with notable runs on Superman/Batman, Green Lantern, Avengers, Captain America and everything else.

Earlier this year, he reunited with Busiek for Arrowsmith: Behind Enemy Lines at Image. It would be among his last work, but after revealing his ALS diagnosis on social media. Pacheco posted what he said was his final work, a cover for Damage Control.

He also tweeted some more elegiac thoughts which could stand as his own obituary, from “And When I Die” from the band Blood, Sweat and Tears:

And when I die
and when I’m dead, dead and gone,
There’ll be one child born and
a world to carry on, to carry on
I’m not scared of dying
and I don’t really care
If it’s peace you find in dying,
well, then let the time be near. https://t.co/Gvgud53rr6

Other cartoonists tweeted their admiration for his work – and the man himself, a kind, gentle man.

We mourn the loss of a dear part of the Marvel family, comic artist & writer Carlos Pacheco. His legacy of iconic designs and storytelling like Avengers Forever, Fantastic Four, X-Men, Excalibur, Captain America, and more will be remembered. Our thoughts are with his loved ones. pic.twitter.com/aVBpt7soE4

RIP to my dear friend #CarlosPacheco – friends for over 20 years. He was kind, generous, and loved his son. Love you brother and thank you for what you did for me. And I promise I’ll let you pay the next check at dinner when I see you again. Someplace nice. pic.twitter.com/n82U9FDBXC

In the middle of an endless stream of Jim Lee clones I saw this image in a Marvel preview book and it changed my life. Carlos Pacheco was one of the greatest and I’ll miss him. pic.twitter.com/rwmAz6XqP5

Carlos Pacheco became one of my very favorites as soon as I saw it in Starjammers. I couldn’t get over his organic shape language, I never will. Even better was finding out how incredibly kind one of my art heroes was. Wish I’d thanked him again for his incredible work. RIP pic.twitter.com/rRUdarq6FJ

I was hoping it was not so but his son confirmed it and I’m so very saddened by the loss of Carlos Pacheco. His immense talent brightened every comic he illustrated. Such a beautiful and kind man. Rest In Peace, Carlos. Gone way too soon. pic.twitter.com/g7epXVPAv7

Pacheco was famed in his native land, and his hometown of San Roque named a street after him.

Our condolences to Carlos’ family and many friends across the industry.