Alex Pereira Believes His Knockout Of Israel Adesanya Lives Rent-free In The Champ's Head; 'It’s Still In His Mind' -
Skip to content 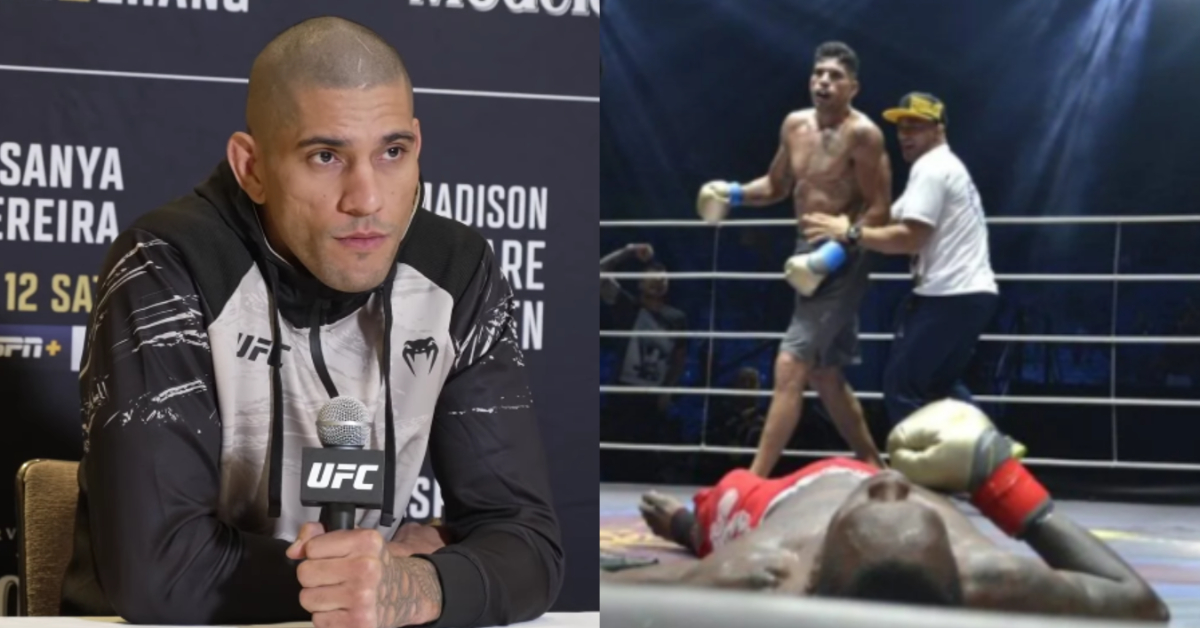 Alex Pereira believes it’ll be one-and-done between himself and Israel Adesanya at UFC 281 on Saturday night.

While Pereira and Adesanya have already clashed on two separate occasions under the GLORY Kickboxing banner, the Brazilian challenger believes it’ll only take one fight to end their rivalry inside the Octagon. Speaking through an interpreter at the UFC 281 media day, Pereira stated that ‘The Last Stylebender’ will deserve an immediate rematch, but will be far from interested in taking it.

“It makes no difference who they want to put after (to challenge for the belt),” Pereira said. “He deserves it, but after this fight, he isn’t going to want it.”

Of course, that’s contingent on defeating Israel Adesanya at Madison Square Garden this weekend. Given his two victories over ‘Stylebender’ in kickboxing, including a brutal knockout in 2017, Alex Pereira is entering the bout with plenty of confidence. However, Pereira is not going into the contest with any personal animosity lingering from their previous two encounters. As for Adesanya, Pereira has a hard time believing ‘Stylebender’ won’t go into the fight looking to erase the mistakes of his past.

“No (it’s not personal), not for me,” Pereira said. “I will do my work and job like I would if I was fighting anyone else. I just focus on fighting for the title. …. I don’t know how he would possibly be over that (knockout). It’s still in his mind.”

Alex Pereira Believes Anything Can Happen in UFC 281 Main Event

When the two warriors clash in Saturday’s headliner, fans anticipate the two will continue right where they left off in 2017, engaging in a heavy-hitting kickboxing battle. Alex Pereira suggests that if Adesanya attempts to wrestle, it will be an act of desperation rather than a strategic choice.

“Anything can happen – many possibilities,” Pereira said. “Maybe Israel can go and try to take me down. If that happens, it’s going to be more of desperation instead of strategy.”

Despite his two victories over Adesanya and his undefeated UFC run thus far, Alex Pereira will step into the Octagon for his first main event as an underdog. Pereira is currently listed as a +160 underdog versus Adesanya’s -190. While ‘The Last Stylebender’ has secured wins over top-level talent like Kelvin Gastelum, Robert Whittaker, Yoel Romero, Paulo Costa, and Jared Cannonier, a win against Pereira would arguably be the biggest of his mixed martial arts career.