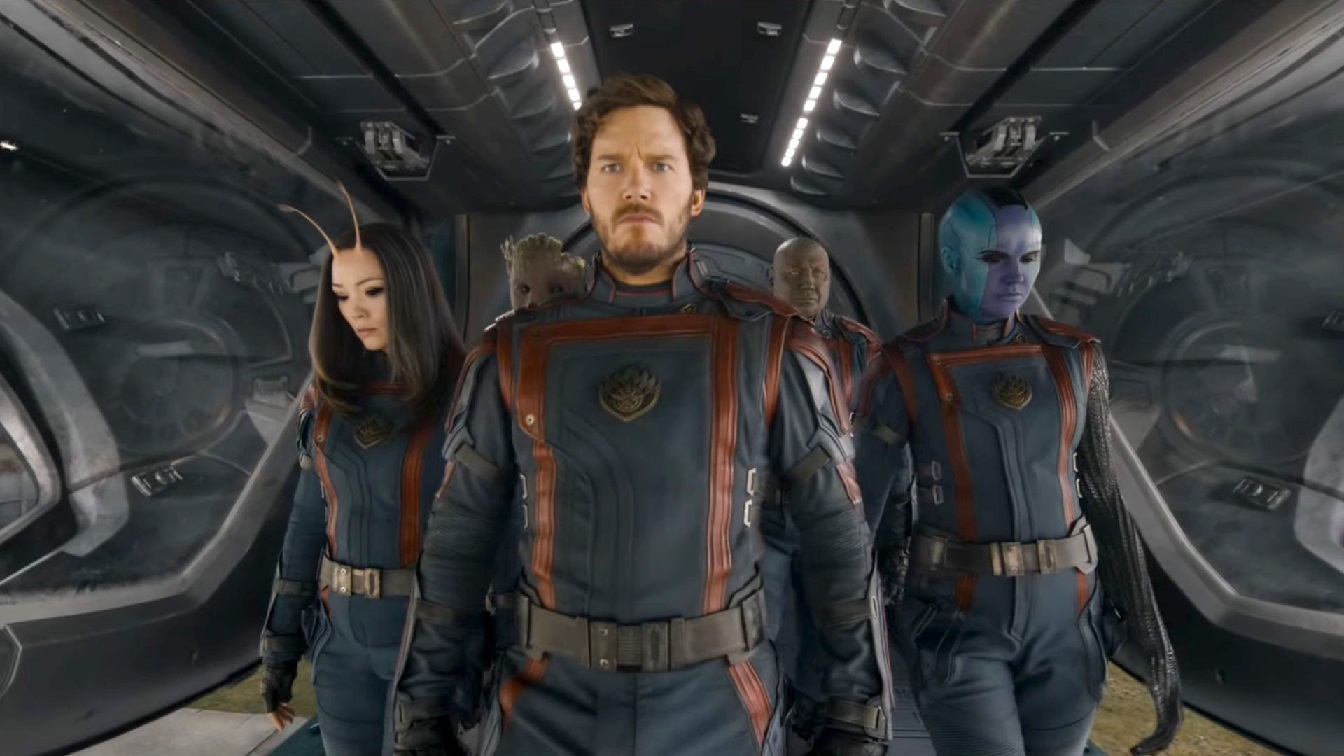 Even before before becoming co-head of DC Studios at Warner Bros., GotG Vol. 3 was always intended to be the swan song for writer/director James Gunn‘s tenure with the franchise. After being unceremoniously fired by Disney back in 2018 over decade old offensive tweets, Disney realized the error of their ways and rehired Gunn but not before Warner Bros. quickly scooped him up to helm The Suicide Squad. Thankfully, it’s all water under the bridge and by the looks of Guardians of the Galaxy Vol. 3 the trailer, Gunn is going out with a bang.

All the Guardians are back including Star-Lord (Chris Pratt), Drax (Dave Bautista), a time-displaced Gamora (Zoe Saldaña), Rocket Raccoon (voiced by Bradley Cooper), Groot (voiced by Vin Diesel), Nebula (Karen Gillan), Mantis (Pom Klementieff) and Kraglin (Sean Gunn). They’ll be joined by some new friends including Cosmo (voiced by Maria Bakalova) and Adam Warlock (played by Will Poulter). Fans will recall that Adam Warlock was teased in a post-credits scene in Vol. 2 as a creation of the alien Sovereign led by Ayesha, played by Elizabeth Debicki.

The film will also introduce the High Evolutionary played by Chukwudi Iwuji who previously worked with Gunn on the first season of Peacemaker. In a departure for the comics, it appears that the High Evolutionary will be tied to Rocket Raccoon’s origin. The trailer showcases what appears to be a version of Halfworld or Counter-Earth, High Evolutionary’s Doctor Moreau-esque planet. Comic eyed fans can also spy Lady Lylla, anthropomorphic otter and Rocket’s soulmate.

Calling it now! Baby Rocket Racoon will be the next big thing with merchandise galore!

Likewise, the first poster for the film was also unveiled